Will Lupita Nyong’o Nab Her Second Oscar for ‘Us’? 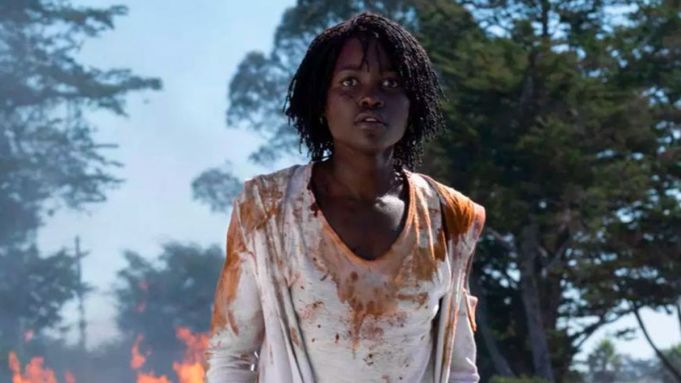 As guests filed into Austin’s Paramount Theatre for the world premiere of “Us” at South by Southwest on the evening of March 8, there was audible whispering about whether Jordan Peele’s latest film would win over fans, critics and, ultimately, Academy voters.

His freshman effort, “Get Out,” not only took in $255 million worldwide but also landed four Oscar nominations (including best picture), with Peele taking home the prize for best original screenplay, a near-impossible feat when it comes to the horror-wary Academy voters.

With the “Us” credits still rolling on the screen at the historic theater, the movie became an instant critical darling. Film Twitter was ecstatic. By the Monday after, “Us” had scored a 100% fresh rating on Rotten Tomatoes. As for the box office, the $20 million budgeted movie is already tracking for a $35 million debut weekend in North America when it opens on March 22.

Will the movie get the same love “Get Out” did when the awards season begins in earnest? With 11 months to go before the 92nd Academy Awards, critical consensus seems to indicate the movie could land several Oscar nominations.

While it’s still not clear if “Get Out” paved the way for Academy voters to readily embrace horror, one near-certainty, judging by the reaction of SXSW festival goers, is that Lupita Nyong’o, who won an Oscar for her feature film debut in 2013’s “12 Years a Slave,” is well-positioned to earn a best actress nomination.

In the horror thriller, Nyong’o and Winston Duke star as a couple whose family vacation to their Santa Cruz beach house turns into a nightmare when they are confronted — and hunted — by intruders who look exactly like them. While each of the actors play two parts, family member and doppelganger (including scene-stealing 10-year-old Evan Alex), Nyong’o’s performance not only holds the family together, but also propels the storyline as Peele — who wrote the screenplay — keeps audiences struggling to figure out who or what these doppelgangers are.

Though Nyong’o’s nomination seems like a slam dunk, the Academy has a history of overlooking the horror genre. Just last year, Toni Collette’s “Hereditary” performance was hailed as Oscar-worthy, but Academy voters didn’t even come through with a nomination.

If Nyong’o were to make it across the finish line to take home a best actress award, it would be a big win for the genre.

Until “Get Out,” William Friedkin’s 1973 “The Exorcist” was the only true horror movie to have nailed multiple Oscar nominations. But like “Get Out,” the now classic film only took home one prize, for best adapted screenplay.

Some may wonder if “Us” can sustain its awards momentum until next January. It’s certainly possible. Just look at “Get Out”— it was released in February 2017, but was still able to land its four noms the following January.

As Nyong’o made her way down the “Us” red carpet at SXSW, she told Variety that she initially felt she was under pressure to make sure “Us” did as well, if not better than, “Get Out.”

“When I accepted the role I said, ‘Why am I doing this to myself. There’s going to be all eyes on Jordan and all eyes on me inadvertently,’” Nyong’o said. “But I would never pass up the opportunity to work with Jordan. He has such a big well of creativity.”

And she just may find her second Oscar in that well.