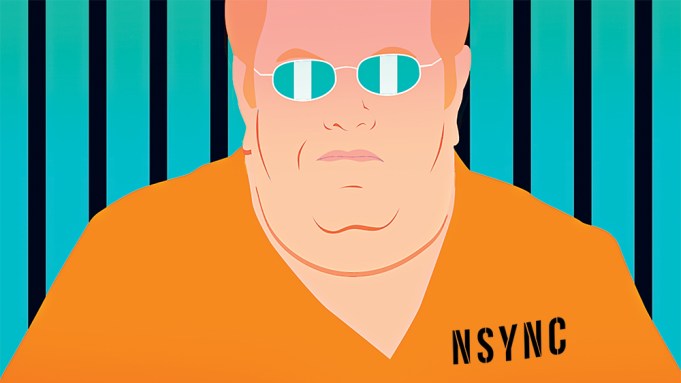 Disgraced music manager and Ponzi scheme perpetrator Lou Pearlman created the Motown of pop music in the early aughts. He launched two iconic bands, Backstreet Boys and ’N Sync, pitted them against each other for profit and stole millions of dollars from them in the process. Now, former ’N Sync member Lance Bass is ready to talk about how Pearlman did it.

With the documentary “The Boy Band Con: The Lou Pearlman Story,” Bass shines a light on his delirious youth as a teen idol and tells a darker story of the man who made his dreams and the dreams of dozens of young performers come true, often at great cost.

“He was right there at the beginning of the new pop explosion in the late ’90s. He had the vision, and he could’ve had the next Motown if he wasn’t so greedy,” Bass told Variety. The pop star was joined by the documentary’s director, Aaron Kunkel, in a conversation that took place ahead of the film’s premiere at SXSW in Austin. Bass’ eponymous company is a producer on the project, along with Pilgrim Media Group. YouTube will release the title in April.

Pearlman was a portly entrepreneur from Queens, who became the go-to architect for cookie-cutter heartthrob groups. After forming a fraudulent aviation company called Trans Continental Airlines (Pearlman did not own a single plane), he leveraged connections from his first cousin Art Garfunkel to break into the music space. His formula was simple, said Bass: Find five young men with contrasting but pleasant personalities, train them to sing and dance and then unleash them on a young female audience. Their good looks were catnip in an era when music videos were king.

“He started with the Backstreet Boys, but they hadn’t released a record yet when we were formed,” recalled Bass, who was 16 at the creation of ’N Sync, which would go on to catapult Justin Timberlake to enduring stardom. “We were the start of that model; we all lived in a house together for about a year before we got a record deal. Every day we would rehearse in this crazy-hot warehouse, about 110 degrees in Florida, learning how to sing and dance without getting out of breath.”

In forming Trans Continental Records, Pearlman assumed the role of president of the label. He also appointed himself music publisher for all of his artists, on top of taking percentages of their earnings while serving as talent manager for his entire roster. Despite the obvious conflicts of interest, Pearlman sold the arrangement to the performers as a matter of convenience, saying no one had to employ third parties like lawyers and agents, so they would end up saving money.

“I still don’t understand how we got that screwed,” said Bass.

On top of his myriad paydays, Pearlman charged many expenses — known as recuperables — back to his artists while pretending to bankroll their lavish lifestyle of jet-setting and five-star meals.

Pearlman financed his operation by defrauding individual investors in a long-running scheme that landed him in federal prison, where he died in 2016 from heart issues. He left behind a reported $300 million in debt, as well as swirling rumors about inappropriate behavior with the young men in his charge. Bass and many other band members denied witnessing any sexual assaults or misdeeds.

“We knew we didn’t want it to be the focus [of the film] because, from talking to Lance and others … that wasn’t what their experience was,” said Kunkel. “It wasn’t what they saw. We didn’t want to participate in rumormongering; we wanted to be as journalistic as we could in our approach.”

Yet the film wouldn’t be complete without touching on the story of Rich Cronin, lead singer of the Pearlman-formed band LFO, who died of cancer in 2010. In a 2002 interview with Howard Stern, Cronin accused Pearlman of offering him up sexually to a European investor, telling Cronin the investor wanted to see his genitals and that he and Pearlman should practice how the encounter would go down.

Several other of Pearlman’s artists say there were cameras all over the mogul’s Orlando mansion, including a room with a tanning bed where all performers were asked to strip and tan, which presumably was caught on tape. Pearlman denied any wrongdoing.

Kunkel and Bass agreed the film has resonance in a post-Harvey Weinstein culture.

”He was a star-maker,” said Kunkel. “If you wanted to be big, he was the one to do it. How poignant that is now, with so many people holding power and the ability to make someone a star over them to get the things that they want.”