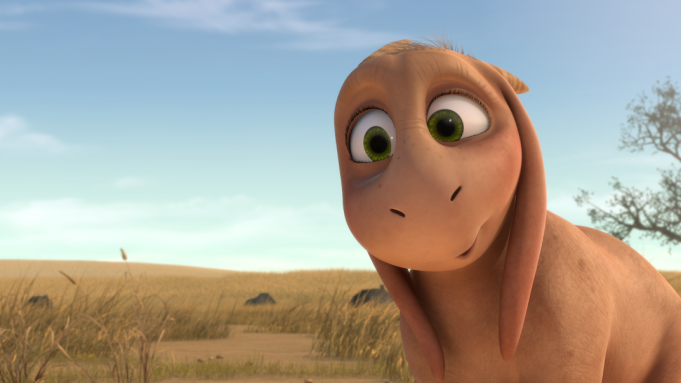 Lotus Entertainment has unveiled the first teaser-trailer for Kirby Atkins’ “Mosley,” an animated family film from Huhu Studios in New Zealand and China Film Animation, the first co-production between the two countries.

Lotus Entertainment, which is representing “Mosley” in international markets, will be premiering the film at the European Film Market in Berlin on Feb. 7.

“Mosley” follows the eponymous hero and his family of four-legged “Thoriphants,” intelligent creatures with the ability to speak like humans but that have been cursed to live a life of servitude. In an attempt to free his family, Mosley embarks on a perilous journey to find the mythical land of Kinesareth.

“Mosley” marks Atkins’ feature debut. He previously worked on the animation for Steven Spielberg’s “BFG” and “The Smurfs 2.”

“It’s a visually stunning movie, and I’ve been in awe of the collaborative work of artists in New Zealand and China,” producer Daniel Story said. “The film has scope and power and can easily stand alongside any big studio project. I think we’re about to break the rules for what an animated feature film can do in the independent space.”