Lorena Bobbitt on Me Too, Howard Stern’s Attacks and Her New Documentary 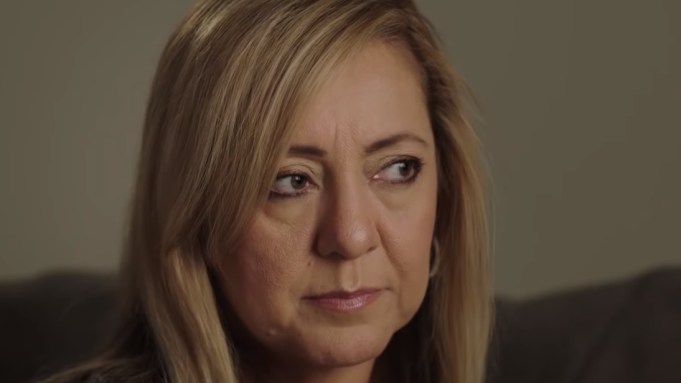 “Lorena,” a four-part documentary series from Amazon Studios, wants the world to see Lorena Bobbitt in a different light.

In 1993, the 24-year-old woman became a tabloid fixture and late-night punchline for cutting off her husband’s penis with a knife. Although she alleged that she was raped and abused by her partner John Wayne Bobbitt, some of those details got buried in the sensationalistic media coverage.

With new interviews interspersed with old TV footage, “Lorena” director Joshua Rofe refocuses on Lorena Bobbitt’s life as a victim of domestic abuse. The docuseries, which premieres this week at the Sundance Film Festival, argues that Bobbitt was re-victimized by the sexist coverage of her case. In one particularly disturbing clip, Howard Stern attacks Bobbitt’s looks to question the accuracy of her testimony at trial. (In 1994, a jury found her not guilty due to temporary insanity.)

Bobbitt and Rofe spoke to Variety about their project and why Bobbitt’s story is more timely than ever in the Me Too era. The docuseries, which was produced by Jordan Peele, airs on Amazon Prime Video on Feb. 15.

Josh, why did you want to make a documentary about Lorena?

Joshua Rofe: My second doc, called “Swift Current,” is about the longterm effects of childhood sexual abuse. I was taken aback by how people would respond to victims of horrific trauma. And, so with that in mind, cut to December 22, 2016, and I am scrolling through Facebook, and I see a Huffington Post headline that says, “Lorena Bobbitt is Done Being Your Punchline.” I immediately thought I want to tell this story, and I spent the next few days just going down the rabbit hole of Lorena’s story. For me, Lorena was the ultimate example of somebody who had been victimized so horrifically, but all of the focus of the world at large was not on what she had experienced, but on what she had done in response to what she experienced. In my estimation, what she did was basically fighting for her life. It was self-defense, essentially. I reached out to Lorena and I expressed how I would like to tell the story.

Bobbitt: I felt that Joshua was an amazing person to tell the story, and the human demeanor that he had along with Jordan Peele. To see men onboard and talk about this serious issue, to me, that was eye opening. I was like, “Wow, that could work.” That meant a lot to me, that men are involved in women’s issues. And that was the key element for me to decide, because if we are going to evolve to reach gender equality, it is very important to involve men. My role in this documentary, was to tell the story as honestly and authentically that I could and to raise awareness about domestic violence and sexual assault.

What was the hardest part about revisiting your story?

Bobbitt: For the whole documentary, a lot of things triggered [me]. Basically I just had to say, “Look, I owe this to myself. I owe this to my child. I owe this to women who are victims of domestic violence.” The most important thing was to address the social epidemics of domestic violence to actually educate people. It was just the turning point to get to this awareness. And not only awareness, we are actually changing the life of somebody who is a victim, or who is victimized, or who is a survivor of domestic violence. It was very important to address this in the documentary. It was my duty as a woman to tell the story because it took tremendous emotions to go through this. And Joshua knew every time that he came and filmed me how devastated I was, and how emotional it was just remembering those traumas that I lived through.

Were you triggered by re-watching the media coverage of how your story was covered?

Bobbitt: I was very saddened in the way how the media was treating the whole situation. They used me as a joke and it was very sad. It was very hurtful to me that people actually take a look at and not see the reality of what happened here. I did not know how to handle it at that time. Instead of having a serious conversation about domestic violence and sexual assault, it was about John’s organ. The whole essence of the whole situation is indignant.

Rofe: When people see this show, they are going to be shocked and horrified by the way this young girl who had survived this horrifically abusive marriage where she was beaten and raped for years was treated by the media. It is beyond horrifying. We spent about eight months editing the show, and there was not a day that went by that we were not mentioning some absolutely horrifying thing that we had watched that day. I mean, it was f—ing disgusting.

Were you surprised by what Howard Stern had said?

Rofe: Listen, I am from New Jersey. And so, where I am from, Howard Stern is like God, especially in my little town where I grew up. I understand his shtick, but the places that he went, that he would attack Lorena during her trial. As people will see in the series, she was on CNN every night pouring her heart out, having a panic attack on the stand, giving these details the way she was beaten, the way she was raped, the way she was sodomized. And the fact that you can watch that, and then make fun of her and take digs at her and actually say the words, “I don’t believe her.” I do not know what kind of a human being does that. It is despicable and I do not know where he is today in his internal life, but if he had even a semblance of humanity, he would publicly apologize to her.

Lorena, do you think Howard Stern owes you an apology?

When did you realize the culture has reached a turning point for victims of abuse?

Bobbitt: The Me Too movement has helped a lot build awareness and reduced the stigma for victims. And I applaud the efforts that this movement has brought to bring attention of sexual harassment and victims of sexual abuse. People evolve. And basically, women are tired of these issues, and we are concerned because these are real issues that happen to women. We are looking at sexual assault and domestic violence in a different lens. My story is a story of every victim. It is many stories of women and men who are being victimized by domestic violence and sexually assault. So, we have this documentary to see and to make people understand how much trauma a victim goes through. It shows the seriousness of the situation. It shows how victims are traumatized and psychologically impaired to even leave their abusers.