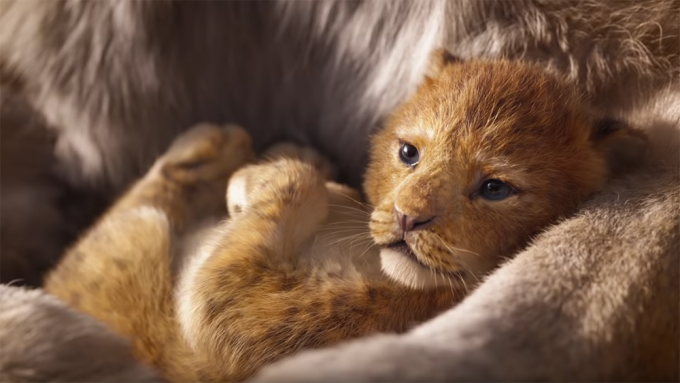 Disney returns to Pride Lands in the first official trailer for Jon Favreau’s remake of “The Lion King.”

The new clip, featuring dazzlingly realistic footage of the African savannah filled with giraffes, antelopes, and zebras, begins with a young Simba getting some advice from his wicked uncle Scar.

“Life’s not fair is it, my little friend?” Scar asks his timid nephew. “While some are born to feast, others spend their lives in the dark, begging for scraps.”

Later on in the trailer, Mufasa offers sage wisdom, telling Simba: “You must take your place in the circle of life.”

“Everything you see exists together in a delicate balance,” Mufasa says. “While others search for what they can take, a true king searches for what he can give.”

Favreau, who directed the studio’s re-imagining of 2016’s “The Jungle Book,” gathered a star-studded cast to bring Simba’s coming of age story back to the big screen. The A-listers lending their voices include Donald Glover as Simba, Beyonce as Nala, Chiwetel Ejiofor as Scar, John Oliver as Zazu, and Billy Eichner and Seth Rogen as Timon and Pumba. James Earl Jones is reprising his role as Mufasa from the 1994 classic.

“The Lion King” bows July 19, just over 25 years after the original.