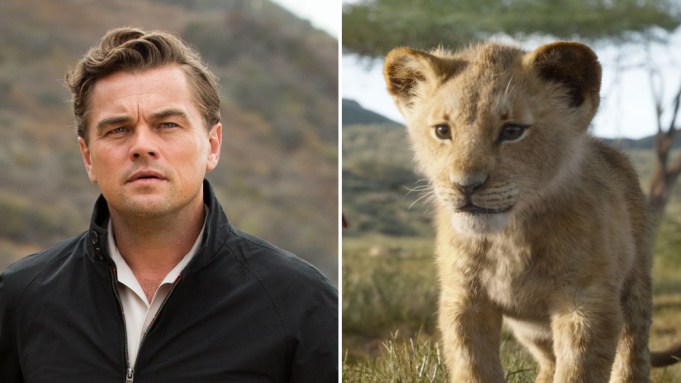 “The Lion King” is still ruling at North American multiplexes with about $80 million this weekend while Quentin Tarantino’s “Once Upon a Time in Hollywood” is heading for a solid $40 million opening, early estimates showed Friday.

Disney’s photo-realistic remake of “The Lion King” raked in a massive $192 million during opening weekend — the eighth biggest North American launch ever — and it’s heading for another impressive frame. It will wind up the weekend with a 10-day total of about $355 million, leaving it among the top 50 domestic grossers of all time.

“Once Upon a Time in Hollywood” opened with $5.8 million in Thursday previews, nearly matching the $6 million that “John Wick: Chapter 3” scored on its way to a $56 million opening weekend on May 17-19. Sony’s much-anticipated comedy drama, starring Leonardo DiCaprio and Brad Pitt, is promising R-rated counter-programming and appears to be outperforming pre-release forecasts of a $30 million opening weekend by a wide margin.

Tarantino’s “Inglourious Basterds” scored the biggest opening among his eight previous films with $38 million in 2009. The director’s “Django Unchained” is his biggest box office success to date with $425 million worldwide.

DiCaprio and Pitt share the big-screen in “Once Upon a Time” with Margot Robbie, Al Pacino, Dakota Fanning, Kurt Russell, Lena Dunham and the late Luke Perry. DiCaprio portrays an aging actor with Pitt as his longtime stunt double in the movie, which is set in 1969 Hollywood. Robbie plays Sharon Tate, who moves in next door to DiCaprio’s home prior to the Manson family murders.

Reviews have been strong with a current 87% score on Rotten Tomatoes. The movie premiered at the Cannes Film Festival, 25 years after Tarantino’s signature “Pulp Fiction” debuted at the same site. Sony spent $90 million in production fees for “Once Upon a Time,” a figure that doesn’t include global marketing costs.

Sony’s fourth weekend of “Spider-Man: Far From Home” should lead the rest of the pack in third place with about $12 million, pushing the domestic total past $340 million. Disney-Pixar’s sixth weekend of “Toy Story 4” will follow in fourth with about $9 million, lifting the animated comedy to about $395 million in North America.