‘Port Authority’s’ Leyna Bloom on Trans Representation: ‘Now Women Like Me Have a Seat at the Table’ 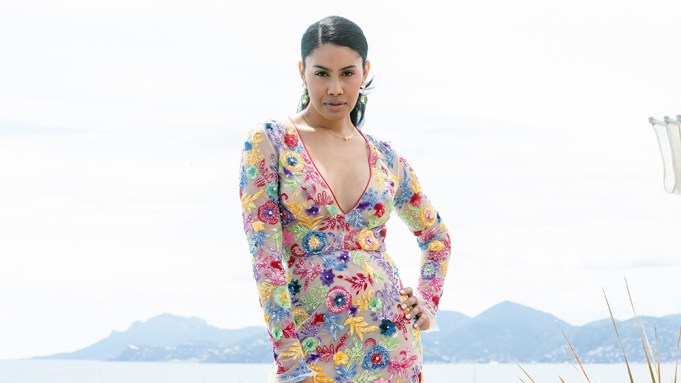 Leyna Bloom, who stars in Un Certain Regard selection “Port Authority,” sat down in Cannes Monday to talk about what it means to her to be the first trans actress of color starring in a festival selection.

At the Variety and Kering talk moderated by Ramin Setoodeh, the first-time actress said that when she heard the film was coming to Cannes, it was a dream come true, but she realized, “There’s still so much work to be done, even in this moment.”

“Port Authority,” directed by Danielle Lessovitz, is set in the kiki ballroom scene in New York, in which various “houses” perform in drag dance competitions. Bloom started out in the ballroom scene when she was a teenager in Chicago, moving to New York at 17.

“When you arrive at Port Authority, you have this hope in mind that someone will see you,” she said, describing her first days in New York.

But Bloom says that no agency would sign her. “Your skin is too dark, your body’s not shaped the right way,” were some of the responses she said she got. “I knew what I had to fight for.”

She was discovered while the “Port Authority” filmmakers were scouting talent at a ball in Philadelphia.

Though acceptance of trans people is “happening at a very slow pace,” Bloom says, things are changing, “not just in Hollywood, but around the world”

“Now women like me have a seat at the table,” she says.

Bloom credits her family with teaching her that people like Maya Angelou could be role models — “These people didn’t need money and expensive cars to make a difference in the world,” she was told, adding “There were no gender roles in our house,” which helped her learn to love herself.

Asked what she thinks about cisgender actresses playing roles written for trans characters, Bloom says that although she loves how actresses like Scarlett Johansson want to challenge themselves, “It would never really be authentic, the way it would be if you saw a trans woman do it.”

“Don’t fetishize us — protect us,” she advises.

Bloom says social media has been extremely helpful to bringing visibility and acceptance to the trans community. “I’m so lucky to have a social media platform that I can share with the world — the fact that you can see my life and my color,” says the actress.

Sharing that among her favorite character is Natalie Portman’s young orphan in “Leon the Professional” and her favorite superhero is Marvel’s Mystique, Bloom says “We are all X-Men. We all have this inner power.”

She “absolutely” wants to continue acting and is already trying on various accents and considering taking classes. “Maybe I’ll play Cleopatra, or be a Bond girl,” she imagines.

“I definitely want to challenge myself,” she says, “I’m ready to take over the world and bring everyone with me!”