Leonardo DiCaprio Embraces the ‘Ebbs and Flows’ of Hollywood Stardom 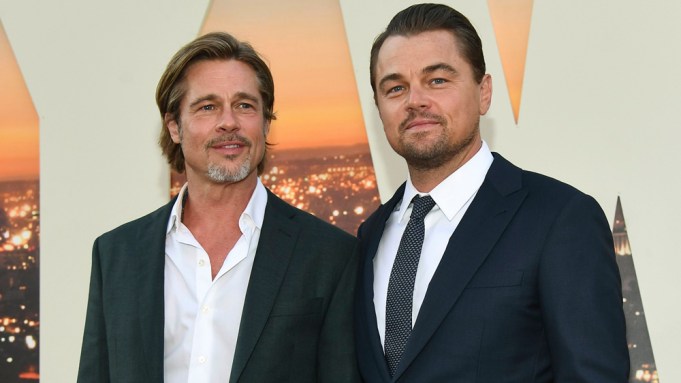 In Quentin Tarantino‘s “Once Upon a Time in Hollywood,” Leonardo DiCaprio plays a fading Hollywood star in the 1960s who has been reduced to guest spots on television shows and spaghetti westerns in Italy.

While the Oscar winning actor doesn’t have to worry about fading anytime soon, he did tell Variety’s Marc Malkin on Monday at the “Once Upon a Time” premiere, “I know there’s ebbs and flows in everyone’s careers — sometimes they’re a little hotter, sometime’s you may not be hot at all —  but if you love what you do, you gotta just keep doing it.”

And if the time does come that he’s not as wanted as he is now, DiCaprio said with a laugh, “I wait. I wait around until something good pops up.”

Brad Pitt, who plays DiCaprio’s out-of-work stunt double, said he’s not too worried about losing his Hollywood mojo. “Listen, I’m really happy to be in this film. I love this film, but it’s really important to have other things going, that you enjoy doing,” he said while declining to say what those “other things” are.

As for actually retiring DiCaprio said, “I suppose at one point I might retire, but I always looked at this as the greatest gift anyone’s ever given to me.”

“I feel like I won the lotto so I’m going to keep going as long as they’ll have me,” he added.

Pitt isn’t planning a specific time to hang up his hat — he thinks one day he’ll “just wake up and organically it will be done.”

Pitt and DiCaprio are just two of the A-listers in Tarantino’s ninth film, with Margot Robbie starring as Sharon Tate. The movie hits theaters July 26.