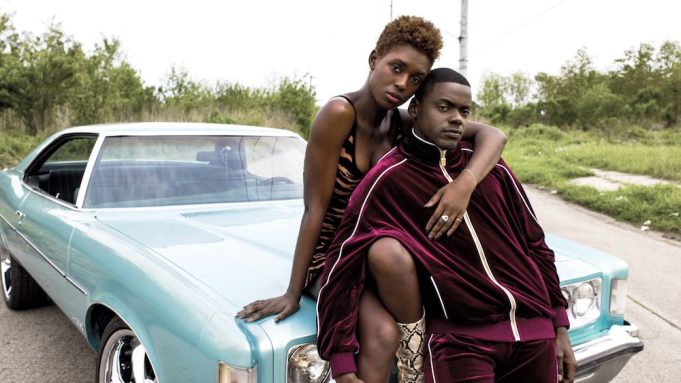 “Queen & Slim” is Lena Waithe’s self-professed “battle cry.” And it’s one that’s been heard to the tune of $15.8 million at the box office, outperforming industry projections since opening over Thanksgiving weekend.

“It feels like it’s sort of taken on its own life,” Waithe told Variety before the film debuted, sitting down to talk about collaborating with fellow first-time filmmaker Melina Matsoukas. “It was just a movie, but people are like, ‘No, this is something bigger.’”

Waithe makes her feature film screenwriting debut with “Queen & Slim” – a movie about a couple (played by Oscar nominee Daniel Kaluuya and newcomer Jodie Turner-Smith) that leaves a bad first date and ends up on the run together after Kaluuya’s character kills a police officer in self-defense during a traffic stop. Filming was a momentous achievement for Waithe and Matsoukas, but also a personal and emotional one.

“We just cared so much,” Waithe added. “Because of what we were tackling, we knew that we were stepping on hallowed ground every time we walked on the set. So, we would be very somber a lot of days. … We were trying to be really quiet and not be goofing around, because we knew the significance of what this was.”

Matsoukas calls the production the team’s version of “protest art,” commenting on the ongoing conversation about police brutality and reflecting on what it means to be black in America today.

“It’s like, what is your fight?” Matsoukas asked. “We have people like Bryan Stevenson who was changing the world every day, by himself [and] bringing justice to the world. And it can be political, it can be the music, it can be literally by standing up and just having a conversation.”

“We wanted to create a film that was for us and by us,” Matsoukas added. “We wanted it to be a celebration of blackness and to honor our people, to honor our ancestors and those who have lost their lives to police brutality. …We really wanted this to be a meditation on the black experience.”

Waithe was more direct. “The truth is — it’s like we make no qualms about it. Like we wrote this for black people. Period. So if other folks want to come and listen in, they’re welcome.”

Turner-Smith noted the cultural and emotional relevance of one scene in particular — when Queen’s long twists are undone and her natural short hair is revealed.

“There’s a lot of energy that is carried in hair, there’s a lot of, uh, expectation that’s carried in when your hair is long,” Turner-Smith recalled. “She’s trying to hide, but in hiding she has to reveal herself, you know? You have something that you can sort of hide behind a little bit. [But] when you don’t have hair, it’s just like that you are out front. There’s nothing to protect you, to shield you, to accentuate you at you in that way. It’s just you that people get. And so it was, it was very emotional and it was emotional because of what it represents, in our community.”

While writing the film, Waithe said Martin Luther King and Malcolm X were her “north stars” for creating the perspectives of Slim and Queen respectively, but that the ultimate goal was for them to represent “all of us.”

“It’s also me working through this trauma,” Waithe explained, referencing watching the news and seeing stories of black people killed in incidents with police. “Even though I don’t necessarily know some of these black people, I know them. And I feel like we’re a part of the same family, and I feel like a piece of me dies when I see these news stories. And I don’t think people who maybe aren’t black, aren’t brown, it’s a thing that may be difficult for them to relate to. So what I was really trying to do with the film, I’m gonna put them in our shoes and say, ‘This is how it feels.'”

And though they’re often compared to Bonnie and Clyde, Kaluuya clarified why this duo is very different.

“I understand the Bonnie and Clyde comparisons, but [they] had to do something criminal in order to get themselves into that situation and Queen and Slim just existed. That’s how they got themselves into this situation,” Kaluuya — who also served as an executive producer on the film — explained, adding, “I did feel the responsibility because of having two dark-skinned in a romantic story. It’s rarely seen in mainstream cinema… These are just two people trying to figure themselves out.”

Against critics who believe now may not be the right time for a film like this, Waithe replied, “Can’t not talk about it. It is open season on black bodies, um, and I refuse to be silent.”

Matsoukas concurred, sharing her mission for the film. “Hopefully this film does not resonate as much as it is now, in two years.”

“Queen & Slim” is in theaters now.