‘After Neverland’: Inside the Taping of Oprah Winfrey’s Look at Michael Jackson Abuse Allegations 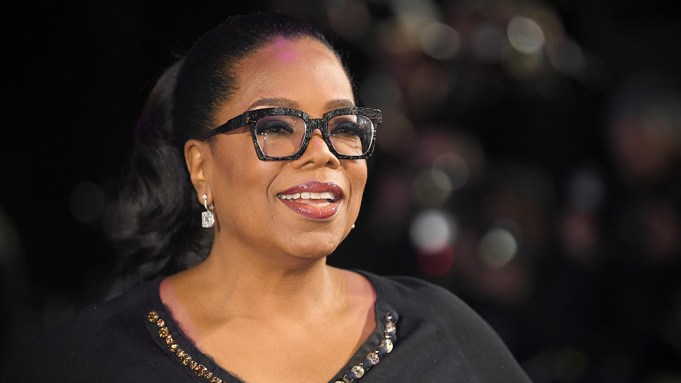 Oprah Winfrey knows that she’s courting controversy with her new special “After Neverland,” an interview with two men who have accused Michael Jackson of sexually abusing them when they were young boys.

“I’m gonna get it,” the talk show host predicted during a taping of the broadcast on Wednesday at the New York Times Center. But, Winfrey argued, the issue of sexual abuse is too important to remain silent no matter how much her program angers the “gloved one’s” fans.

“This movie transcends Michael Jackson,” she told an audience of more than 100 abuse survivors. “It allows us to see societal corruption.”

“Beware of people who just want to be around your children,” Winfrey added at another point during the hour-and-a-half long taping.

The program will air on March 4 after the second and final episode of the upcoming HBO documentary “Leaving Neverland,” a four-hour investigation into the claims of Jackson accusers, Wade Robson and James Safechuck. Winfrey was joined on stage by the two men and by director Dan Reed for a talk that mixed moments of uplift with tears, stories of horror, and a series of final cathartic hugs.

Winfrey made it clear that she finds the men’s allegations credible, but the Jackson estate has pushed back aggressively against Robson and Safechuck, dismissing them as “opportunists” and “perjurers.” Before going public with his abuse claims in 2013, Robson was one of Jackson’s most vociferous defenders, denying the pop star had ever behaved inappropriately and serving as a key defense witness in Jackson’s 2005 child molestation trial. Safechuck testified that he was never abused as part of the singer’s 1993 molestation trial, but declined to testify on his behalf in the follow-up trial. Both men say they were groomed by Jackson to stay quiet — he repeatedly told them that their lives would be ruined if they broke their silence.

“He told me it was love,” said Robson. “He told me God brought us together.”

Jackson’s supporters say Robson and Safechuck are trying to get rich. They cite as evidence the fact that the men’s lawsuits seeking damages from the estate were dismissed because of statutes of limitations issues. They denied to Winfrey that they were seeking financial gain, with Reed adding that the men are not being compensated for their involvement in the documentary. Reed also addressed criticism that his film is one-sided and fails to include interviews with friends and colleagues of Jackson.

“It’s not about Jackson,” he said. “It’s about what happened to Wade and James.”

Reed also noted that there are some points that Jackson’s supporters do not contest, namely Jackson’s penchant for sharing a bedroom with children. “It’s beyond doubt that Jackson spent the night with many young boys,” he said, adding, “”What is at issue here is what happened when the bedroom door closed and the lights went out.”

“Leaving Neverland” isn’t just about Jackson’s alleged crimes, Reed said. It’s interested in documenting the ways that sexual predators groom young boys. In the case of Jackson, the pop singer’s celebrity and wealth allowed him to attract families with young children and to deflect their questions when he spent an inordinate amount of time with their kids. At the time of the alleged assaults, Jackson was one of the top acts in music, a money-maker who was never without an entourage of handlers and servants. Winfrey and others expressed disbelief that no one else knew what was going on.

“It was very rare that Michael was alone,” Robson noted.

Both Robson and Safechuck said it took them years to come to grips with what happened to them as children. Robson suffered two nervous breakdowns and Safechuck had insomnia and depression. And yet their feelings toward Jackson are complicated. They still admire his music and Safechuck, who seemed to be the more vulnerable of the two men, still grapples with guilt after going public with his claims.

The documentary has thrust the two men and their families back into the public spotlight. They’ve not only had to contend with a combative Jackson Estate and angry fans of the singer — Robson has received death threats. However, Robson and Safechuck were warmly received by an audience that had suffered similar traumas. It was a crowd that included “ER” star Anthony Edwards, who has accused writer/producer Gary Goddard of molesting him, and former Philadelphia Eagles linebacker Al Chesley, another abuse survivor, as well as “CBS This Morning” host and Oprah BFF Gayle King.

Robson expressed surprise at the audience response. “I’d never witnessed public support before,” he offered. “I expected to be bushwhacked and mowed over.”

As for Safechuck, he’s still grappling with the aftershocks of the abuse he claims he suffered.

“This moment will end and I’ll still have a lot of work to do,” he said.