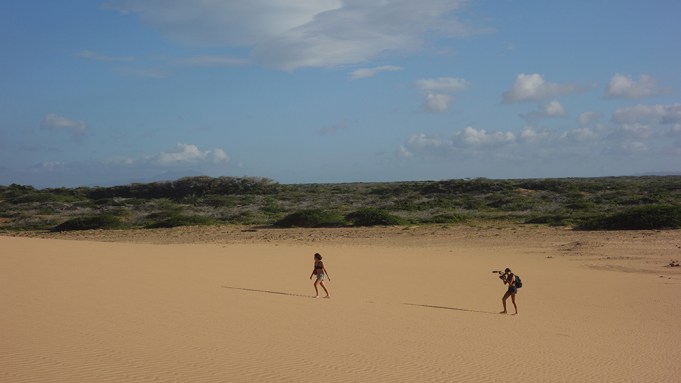 Netflix has debuted a trailer for its latest documentary, “Léa & I,” which follows the lives of Léa Moret, a young woman diagnosed with cystic fibrosis, and her friend, Camille Shooshani. After graduating from college in Los Angeles, the two women take off across Latin America in search of a cure for Moret’s disease outside Western medicine.

“This is my best friend Lea. Lea speaks five languages, cannot stop eating Haribo candy peaches and has cystic fibrosis, which means her life expectancy hovers around 37,” Shooshani says in the trailer. “But, she’s fine. She’s more than fine actually. She’s more alive than anyone I’ve ever met.”

Moret, a Belgian-French writer, producer and actress, wrote and produced the documentary after graduating from USC. Shooshani, who also received her undergraduate degree at USC, serves as a writer and director for the film. Their debut project chronicles their experiences as they discover a Shipibo shaman in the Peruvian Amazon, meet with an artist in San Pacho, visit an Ayahuasca retreat, and experiment with indigenous holistic medicines.

The film joins other titles coming to Netflix next month including the “Rocky” franchise, “Why Do Fools Fall in Love” and “Four Weddings and a Funeral.”

Watch the trailer above to see a first look at the film, which is streaming now on Netflix.