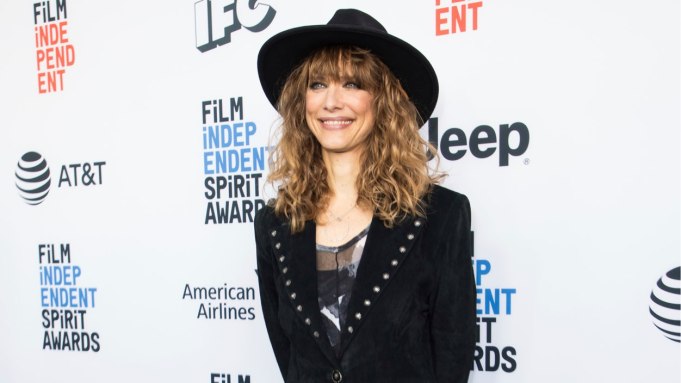 Marvel is coming for your indie darlings.

Before Taika Waititi, Jon Watts and the Russo brothers were members of the Marvel Cinematic Universe blockbuster club, they were all indie filmmakers. Thus far Marvel’s decision to collect creatives from smaller pictures has panned out, most recently with Ryan Fleck and Anna Boden’s “Captain Marvel,” which opened to $455 million globally.

And with “The Rider” director Chloé Zhao slated for the upcoming “Eternals” adaptation, it’s only a matter of time until Marvel snatches up another one of our festival faves. So who’s next? It could be “Laggies” director Lynn Shelton.

Shelton, who spoke at a SXSW panel hosted by Variety and the National Association of Theater Owners, revealed that she was previously in early talks with Marvel to possibly take on the “Black Widow” standalone feature.

After two or three “long conversations” with Marvel, Shelton was considering “throwing her hat in the ring” to join the MCU. “They talked to me, I think, early rounds,” Shelton said. “They were looking at women, maybe men too, but I know a couple women directors they were also talking to about ‘Black Widow’ and the other one was the one that Chloé got.”

So why the current interest in indie filmmakers?

“They’re smart about character and story, they want people who are good with actors,” Shelton, who is at SXSW promoting her next feature “Sword of Trust,” explained. The director even revealed that Marvel was ready to help out with action scenes and told her not to worry about it.

Although previously adverse to working with larger studios, Shelton explain how directing television helped change her mind. “I really wanted to save my body of work in cinema,” she said. “To have total creative control and to really be able to make exactly what I wanted to make. Which is what making movies at the level that we’ve been making movies at allows you to do. Which is amazing.”

Working in television may have originally started off as a way for Shelton to pay the bills so she could still keep making movies that were her “babies,” but ultimately the director learned she enjoyed the collaboration.

And the experience has made opened her up to working with bigger studios, “As long as there’s a script you’re interested in… it would be more along the lines of directing a pilot. You’d have to answer to MCU, or whatever, but as long as you had enough of a say and you’re really bringing your s— to the playground as well… it might be a really interesting experience.”