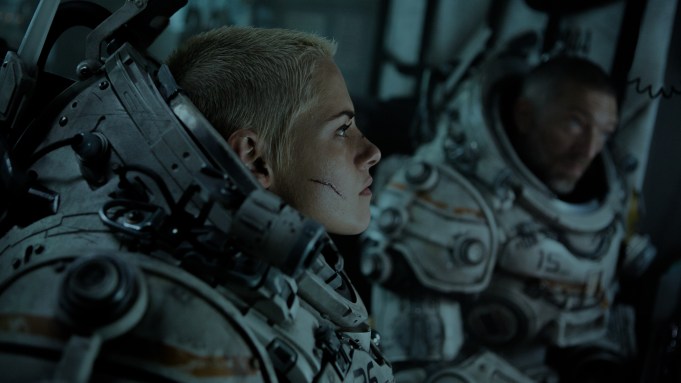 Vampires, ghosts and now sea monsters? Clearly there is no monster actress Kristen Stewart cannot tame. In the first trailer for the submerged thriller “Underwater,” Stewart is a member of a stranded submarine crew.

The trailer begins with the radio message: “You are now 5,000 miles from land and you are descending seven miles to the bottom of the ocean.” Our action hero of choice, Stewart, appears monitoring the daily goings on of things on the ocean floor. Naturally, disaster awaits around one of the science fiction-looking corridors in the underwater base, and soon the whole crew is trapped in a leaking ship.

“We drilled to the bottom of the ocean and we don’t know what came out,” a crew member says. We’re similarly left in the dark about “what came out,” seeing only brief flashes of the sea creature or perhaps … creatures? Are these underwater beasts friends or foe? Probably the latter as one mate is dragged away screaming by a rather large tentacle.

“Underwater” will be Stewart’s next big release after her turn in “Charlie’s Angels,” coming out on Nov. 15 of this year.