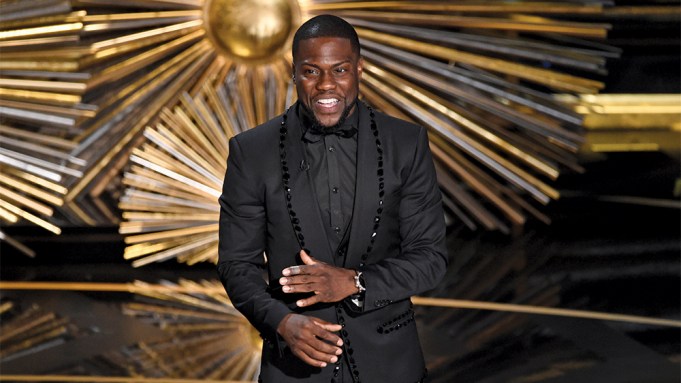 Kevin Hart’s appearance on Ellen DeGeneres’ talk show on Friday drew a terse response from GLAAD, one of the country’s leading LGBTQ advocacy groups. The comedian was tapped to host the Oscars, but stepped down after controversy erupted over a series of homophobic jokes he made in the past.

“From when this news first broke, GLAAD said Kevin Hart should not step down from the Oscars, he should step up and send an unequivocal message of acceptance to LGBTQ youth that matches the force and impact of his initial anti-LGBTQ remarks,” said GLAAD president and CEO Sarah Kate Ellis.

Sources close to Oscar gatekeepers the Academy of Motion Picture Arts and Sciences said in the hours following release of the “Ellen” clips, the group was open to Hart returning as host if he signaled he wanted the gig and also made a sincere demonstration of contrition. The situation, however, appears to be fluid, and now insiders say that the group may be considering moving on from Hart.

Ellis is scheduled to appear on “CNN Tonight” with Don Lemon on Friday night to discuss Hart’s appearance on “Ellen” in greater detail. DeGeneres pressed the comic to reconsider his decision to step down as emcee and said that by appearing on the broadcast he would show “sophistication, class, hilarity and you growing as a person.”

Hart apologized if his remarks hurt people and said he “didn’t have a homophobic bone” in his body. He was alternately defiant, accusing trolls of trying to ruin his career by resurfacing past comments.

“This was to destroy me,” said Hart.