Kevin Hart in Talks to Star in Monopoly Movie 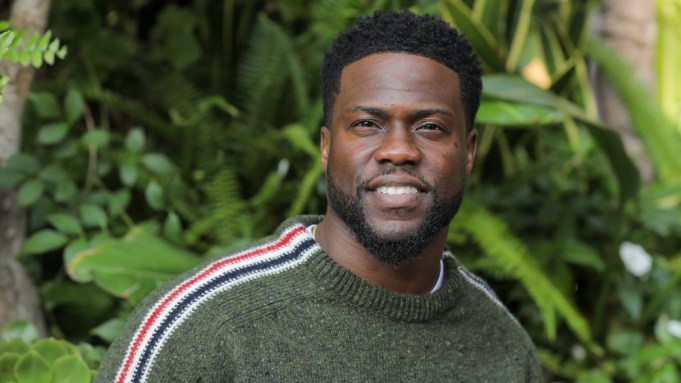 Kevin Hart is in talks to star in Lionsgate and Hasbro’s Monopoly live-action movie, which he will also produce through his HartBeat Productions label.

Tim Story is in final negotiations to direct the film and also produce through his Story Company banner. HartBeat’s John Cheng will also produce and oversee the pic with Carli Haney. Story Company president Sharla Sumpter Bridgett will produce as well.

Lionsgate and Hasbro have been attempting to produce a Monopoly movie since 2015, when they hired Andrew Niccol (“The Truman Show”) to write the screenplay about a boy from the game’s Baltic Avenue embarking on a quest to make a fortune.

Hasbro will co-produce the untitled film through its Allspark Pictures label. Hasbro’s Brian Goldner, Stephen Davis, and Greg Mooradian will serve as producers.

Hart’s currently starring in the comedy-drama “The Upside” with Bryan Cranston. The film led the box office last weekend, surprising with $20.4 million. Hart was selected to host this year’s Academy Awards, but bowed out following controversy surrounding past homophobic tweets.

Story has directed seven films that have launched in first place as the domestic box office, including “Ride Along,” “Think Like a Man,” and their sequels. His next film, “Shaft,” starring Samuel L. Jackson, will open in June.

Hart’s collaborations with Lionsgate include the joint venture Laugh Out Loud channel, the unscripted TV series “Kevin Hart: What the Fit” for YouTube, and the concert film “Kevin Hart: Let Me Explain.” His HartBeat Productions produced “Night School,” the TV series “The Next Level,” and “Hart of the City” on Comedy Central. The news was first reported by Deadline Hollywood.