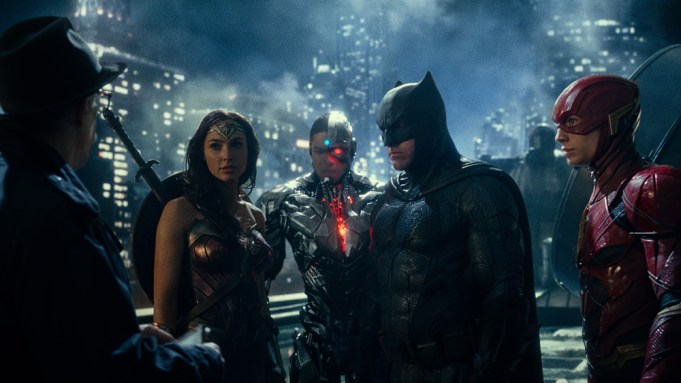 Zack Snyder, Gal Gadot, and Ben Affleck have taken to social media to request that Warner Bros. release the Snyder cut of “Justice League.” Snyder, who helmed “Man of Steel” and “Batman v Superman” and was “Justice League’s” original director, had to leave production on the film partway through after his daughter died, with Joss Whedon taking the reins.

Gadot was the first to tweet in support of the fan movement, posting a black and white behind the scenes shot from the movie using with the hashtag #ReleaseTheSnyderCut.

Snyder retweeted both, making references to their DC universe characters: “This ancient Amazonian can’t be wrong” and “Neither can Batman.”

Neither can Batman. #releasethesnydercut https://t.co/3Y0FxTy5Qp

“Justice League” was a box office disappointment, earning just $657.9 million when it was released in 2017 on a $300 million budget. It was initially unknown whether a Snyder version of the movie even existed, but in August “Aquaman” star Jason Momoa claimed he’d seen it and wrote on Instagram that it was “sick.” That prompted renewed calls from fans for Warner Bros. to release the cut, though the studio has not announced any plans to do so.

Snyder is back in the DC Universe with a producer’s credit on “Wonder Woman 1984,” which will hit theaters June 5, 2020.