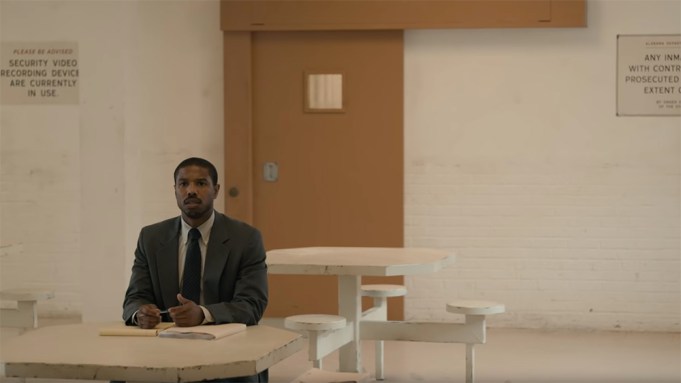 “Just Mercy” is based on the case of Walter McMillan, an African-American death-row prisoner who was exonerated in 1993 after being convicted five years earlier for a 1986 murder in Alabama. Bryan Stevenson, founder and executive director of the Equal Justice Initiative, took on McMillan’s cause in 1988 in his first case as an attorney.

Jordan stars as Stevenson while Foxx portrays McMillan in the Warner Bros. film. Foxx warns Jordan in his first prison visit that he believes the task is futile: “You don’t know what you’re into in Alabama, when you’re guilty from the day you’re born.”

Larson plays legal advocate Eva Ansley, who outlines the hopelessness she’s witnessed, saying, “It was like looking at a river of drowning people and not having any way of helping them.”

“Just Mercy” will have its world premiere on Sept. 6 at the Toronto Intl. Film Festival and open in limited release on Dec. 25. Warner Bros moved the release date forward three weeks to qualify “Just Mercy” for awards season.