Julianne Moore Says She Was Fired From ‘Can You Ever Forgive Me?’ 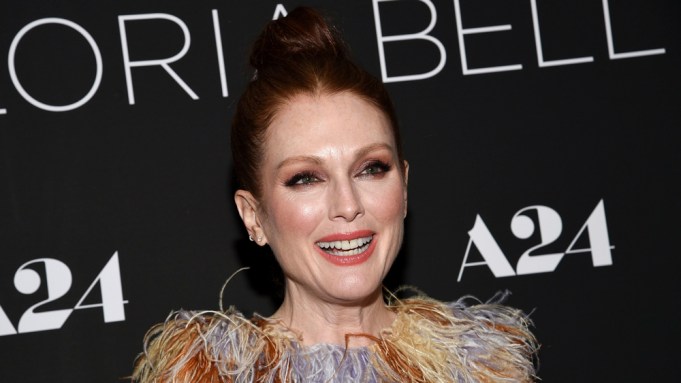 Julianne Moore admitted that she was fired from the Oscar-nominated film “Can You Ever Forgive Me?”

Moore opened up about her ousting during Thursday night’s episode of “Watch What Happens Live With Andy Cohen” after a caller asked the “Still Alice” star why she left the pic.

“I didn’t leave that movie, I was fired,” Moore said. “Nicole fired me. So yeah, that’s the truth.”

Nicole Holofcener, who wrote the screenplay and was originally the director until Marielle Heller took her place, decided to re-cast Melissa McCarthy for the role, which landed her an actress Oscar nomination earlier this year.

In a 2015 interview, Moore claimed she had exited the film due to “creative differences,” but she explained the circumstances in more blunt terms while speaking with Cohen on Thursday.

When asked if she had seen the movie, she explained that she hadn’t yet because she thinks it would be “too painful,” but affirmed that she held no hard feelings for McCarthy.

“I love Melissa McCarthy, I worship her. I think she’s fantastic,” she said. “So I’m sure she’s great.”

In “Can You Ever Forgive Me?,” McCarthy plays Lee Israel, a literary forger in the ‘90s who later wrote a confessional biography on which the movie is based. The film garnered three Academy Award nominations. Aside from McCarthy’s nom, Richard E. Grant was up for supporting actor and the movie was considered for adapted screenplay.