‘Judy’ Producer on Renee Zellweger’s Performance: ‘People Had Forgotten She Could Sing’ 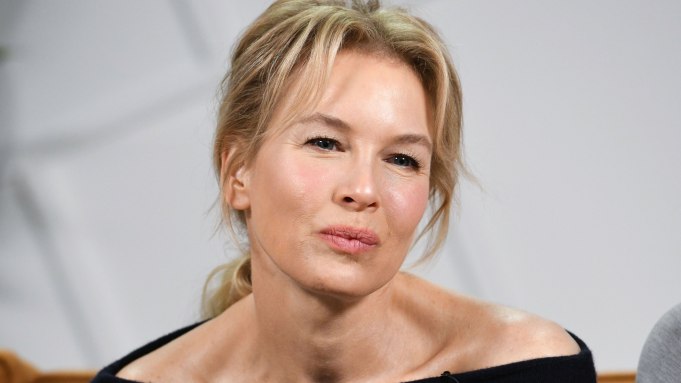 “I knew she had the chops – she could do drama, had won an Oscar for drama, can do comedy, and had an Oscar nomination for ‘Chicago,’” says David Livingstone of Renee Zellweger’s turn in “Judy,” which he produced under his Calamity Films banner.

A onetime movie marketing exec in London and L.A., he had worked with the star in his previous capacity, traveling with her to Australia on “Bridget Jones’s Diary.” Folks needed reminding of her talents as “Judy” came together. “People had forgotten she could sing,” he said. “I remember going to meetings and saying ‘Renee Zellweger,’ and they were like, ‘Can she sing?’ I reminded them she was Oscar-nominated and pretty good in ‘Chicago’!”

The Calamity team and Zellweger went deep in terms of research, notably aided by Garland’s unflappable and loyal British assistant, Rosalyn Wilder. “Rosalyn gave us music and introduced us to people that hadn’t spoken about Judy for 40 years: a dresser in South Africa, the guy that used to run The Talk of the Town, one of the old dancers, one of the band. She was throwing everything at us.”

At one point, Livingstone had to sink his own money into “Judy” as Calamity put the movie and its financing together. It helped that Zellweger was committed before all of the pieces were in place. “Renee was hungry, she had a hunger for the information,” he said. “She was picking up everything and looking at it, like shells on a beach. Some she was keeping, some throwing away. She has her own way of doing things.”

He added that studying a rare recording of Garland performing at Talk of the Town helped Zellweger get under the skin of Garland at a particular moment in her life, in London in the late ‘60s, during the twilight of her career. “It’s the story of Judy then – not of her in the early ‘60s,” he said, adding of Zellweger’s performance: “All the nuance is in there. There’s detail in there that no one will ever know.”

Pre-“Judy,” Livingstone shared a BAFTA with writer Stephen Beresford for “Pride,” the story of how many of the gay community came out in support of striking British coalminers in the 1980s. That paved the way for Calamity’s foray into TV with “Brassic,” which has a second season for Comcast’s Sky in the U.K.

The TV show was written by Danny Brocklehurst and “This Is England” star Joe Gilgun, who was in “Pride” alongside Dominic West. “Dominic said [to me], ‘You have to hear these stories that Joe Gilgun has got…You should make a TV series out of them,'” Livingstone explained. “I said: ‘I will if you will be in it.’” West duly obliged and stars in the show, about a group of working class friends in northern England. It has been one of pay-TV platform Sky’s biggest comedy launches.

Having dipped a toe into TV, Calamity has more to come – funny and dramatic material in equal measure. “I think there is a gap in the market here [in the U.K.], particularly in that space between comedy and drama; it’s either a funny drama or dramatic comedy,” Livingstone said. “It’s something the Americans do really well. That’s something I want to make.”

Several TV projects are coming to fruition. While acknowledging that “the film business has become harder and more polarized, and I do think it will become harder still to get money,” Livingstone is also teeing up movies. Next up is “Last Christmas,” the rom-com starring Emilia Clarke, underpinned by George Michael hits. The movie, for Universal and co-written by Emma Thompson, will have a previously unreleased song from the late singer as its closing number. Also in the works is “The Two Mrs. McBrides,” from playwright Bryony Kimmings, about two women of different ages going on a road trip.

As Calamity hits its stride, Livingstone is a fully fledged producer. But two decades in marketing at Polygram, Universal and Working Title leave a mark. Faced with a forecast for rain ahead of this week’s “Judy” premiere in London, the Calamity boss’ old instincts kicked in. “I said we’ve got to get rainbow umbrellas,” he said. “We went out and bought them all.”