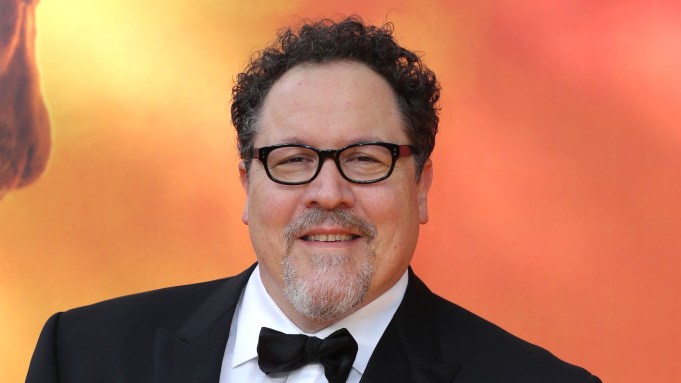 Spider-Man’s potential exit from the Marvel Cinematic Universe could throw a wrench in Happy and Aunt May’s relationship, but Jon Favreau is “optimistic” the love affair will continue amid Sony’s dispute with Disney.

“You never know what’s going to happen. I’m holding out hope and being optimistic that this isn’t the final chapter of the story between those characters,” Favreau told Variety‘s Angelique Jackson at Disney’s biennial D23 Expo in Anaheim, Calif.

Sony, which holds the licensing rights to Spider-Man, announced Wednesday that it would no longer partner with Disney and Marvel Studios chief Kevin Feige on the superhero movies. The studio released the wildly successful “Spider-Man: Homecoming” and this year’s “Spider-Man: Far From Home” under the partnership, and lent the character to Marvel’s “Captain America: Civil War,” “Avengers: Infinity War” and “Avengers: Endgame.” Unless Sony and Disney can reconcile, however, Spider-Man will no longer be in the MCU.

Despite the recent break-up, brief footage of Spider-Man slinging webs made it into the sizzle reel for the opening of the D23 Legends panel, which honored Favreau.

Favreau’s character Happy was featured prominently in “Spider-Man: Far From Home,” and struck up a romantic relationship with Marisa Tomei’s Aunt May. “Aunt May and Happy were quite a couple,” Favreau reminisced at D23. “As an actor, I had so much fun working with Marisa [Tomei] and Tom Holland.”