Warner Bros. Marketing Chief Blair Rich Reflects on ‘Joker’ Rollout: ‘We Always Believed in the Artistic Power of This Movie’ 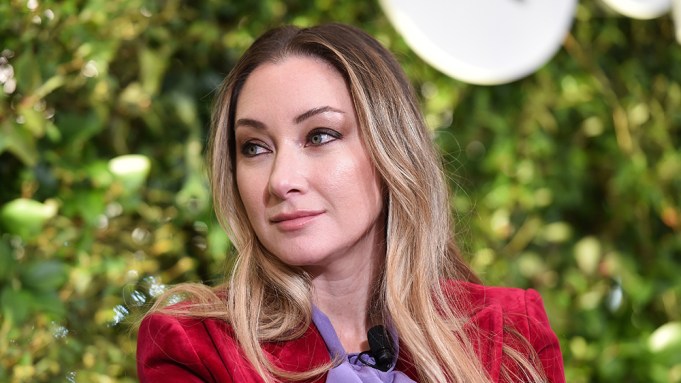 Warner Bros. Entertainment marketing chief Blair Rich sat for a thoughtful and candid conversation about the ups and downs of an eventful year at her studio on Wednesday, when the executive was honored with Variety‘s first-ever Marketing Visionary Award.

At the inaugural Visionaries Breakfast, presented by Spotify at the Sunset Tower Hotel in West Hollywood, Calif, Rich and the team she assembled for releases like “Joker,” “Shazaam,” “It: Chapter Two” and “Pokemon: Detective Pikachu” circulated with power players from fellow studios, agencies and the content space overall.

In a keynote conversation moderated by Variety editor-in-chief Claudia Eller, Rich reflected on the tumultuous road to bring Todd Phillips’ smash hit “Joker” to screen — a brooding and bleak take on Batman’s most notorious foe. Starring Joaquin Phoenix, the film is expected to cross $1 billion at the worldwide box office this week and earn the distinction of becoming the highest-earning R-rated film of all time.

Eller touched on the weeks of anxiety leading up to the release, which saw U.S. theaters ban cosplay and increase police presence thanks to the film’s explicit violence. Families of the victims of the Aurora Shooting — which took place in 2012 during a screening of Christopher Nolan’s “The Dark Knight” — wrote an open letter to the studio asking for donations to anti-gun charities.

“I think it’s really important to note and make sure the truth is clear. A lot of things were raised, as often happens when the media firestorm starts to get combustible, there’s a lot clickbait and headlines. The truth is, we had always believed in the artistic power of this movie, and the message of this movie,  which was one of empathy, in my opinion,” Rich said.

The executive said the fear and criticism was tough to bear, but “I think what my team and I learned — and it was a huge effort of people across the company — we really sort of kept our heads down and always had a very responsible campaign planned for this. We always leaned into the true tone of the film, the R-rated nature of it.”

Warner Bros. put out a statement that underscored that the majority of people around the world had yet to see “Joker,” and executives would not perpetuate an ill-informed news cycle.

“Art is not supposed to be censored. We are supposed to be able to tell stories and be bold, not while disregarding safety, not while ever being disrespectful. But the movie was pulled into a conversation quite frankly it had nothing to do with,” she said.

Blair was presumably referring to the feature in one show business trade, in which the Aurora families expressed concerns over the messaging of the film, which costars Frances Conroy, Zazie Beetz, Marc Maron and Robert De Niro.

“We never marketed the film as a broad DC Film. like an ‘Aquaman’ or a ‘Shazaam’ or a ‘Wonder Woman’,” said Rich. “We didn’t market to young people, we had no consumer products. We embraced it as it was.”