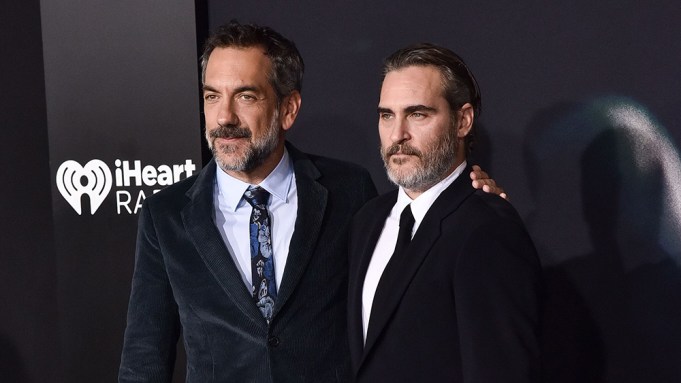 With a quick joke and a plea to let his film stand alone as art, director Todd Phillips unveiled “Joker” to an audience of executives and glitterati at the film’s buzzed-about Hollywood premiere.

Forgoing the usual introduction of cast and producers, Phillips made a quip to the audience at Los Angeles’ TCL Chinese Theater: “If you like the movie, tell a friend, we haven’t gotten enough press.”

Phillips, of course, refers to a nearly two weeks of headlines that “Joker” has inspired thanks to its violent content and themes of mental instability and anarchy that Batman’s most famous foe is known for.

Security was tight but not excessive, with check-in perimeters extended a few feet more than normal for premieres, and traffic on a shut-down Hollywood Blvd condensed to a single lane for talent arrivals. Car interiors and trunks were inspected by police with dogs.

Despite news that red carpet interviews would not be conducted, fans still packed the opposite side of Hollywood Blvd to catch glimpses of stars. Upon star Joaquin Phoenix’s arrival, a group of fans with selfie-sticks chanted his first name repeatedly.

The event received heightened attention after it was reported that Warner Bros. would not invite print and broadcast press to conduct interviews on the event’s red carpet, opting only for photos at the TCL Chinese Theater.

“Our red carpet is comprised of photographers only,” a studio spokesperson told Variety at the time. “A lot has been said about ‘Joker,’ and we just feel it’s time for people to see the film.”

The move to reduce access to the director and stars like Phoenix (in the titular, notoriously dark role) and leading lady Zazie Beetz comes as law enforcement and theater owners are increasing vigilance in preparation for the October 4 wide release.

Mid-sized theater chain Landmark is prohibiting costumes based on Phoenix’s turn as the iconic Batman villain. On Thursday, Variety reported that the Los Angeles Police Department would ramp up  visibility at area theaters. The department said it has not received any specific threats about the movie, but encouraged moviegoers to be watchful.

Both Phillips and Phoenix touched on the topic in an interview with IGN last week. Phillips, who directed “The Hangover” trilogy to great success and transformed his “Joker” executive producer Bradley Cooper into a leading man, said the film examines “lack of love, childhood trauma, and lack of compassion in the world.”

Furthermore, he believes “people can handle that message. It’s so, to me, bizarre when people say, ‘Oh, well I could handle it. But imagine if you can’t.’ It’s making judgments for other people.”