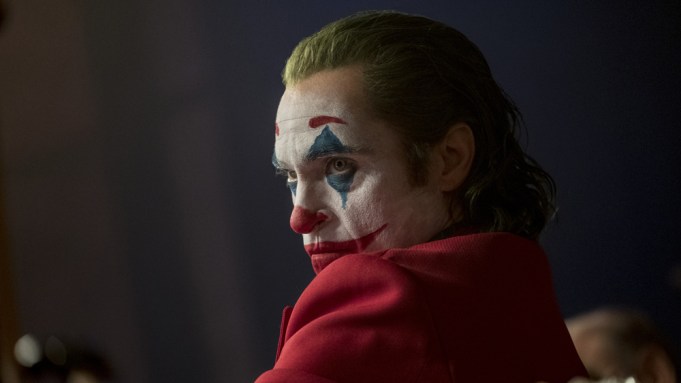 A movie theater in Huntington Beach, Calif., showing the film “Joker” was closed down on Thursday night after a “credible” threat was reported to police, the Huntington Beach Police Department said on Friday.

The final two showings of the movie at the Century Huntington Beach and XD theater in the Bella Terra shopping center were canceled after officers were sent to the scene. Showings resumed on Friday.

The Huntington Beach Police Department said in a statement that it had received information about a possible threat to the Century Theater in response to the opening of “Joker.”

“The police department deemed the threat was credible enough to provide a uniformed presence at the theater,” the statement said. “As the investigation continued, our officers worked with the managers of the theater, who determined they would cancel the final two showings of the movie and close the theater out of an abundance of caution. Based on the investigation, and in working with theater management, it was determined that the theater could safely reopen today and resume normal operation.”

The theater’s website on Friday showed that the facility was open for business as usual, with advance tickets for sale. The police did not provide any details about the nature of the threat.

“The Huntington Beach Police Department will provide patrols at Century Theater for the rest of this weekend,” the police added. “We are working in conjunction with the theater’s management as well as mall security to provide a safe environment to the public. This incident is currently under investigation, and no further details will be provided.”

The film’s themes of mental illness and its relationship to violence have caused theater owners and law enforcement to worry about the message “Joker” sends. New York and Los Angeles police are deploying officers to theaters screening the film this weekend. “Joker” premiered on Aug. 31 at the Venice Film Festival, where it won the Golden Lion — the festival’s highest prize.