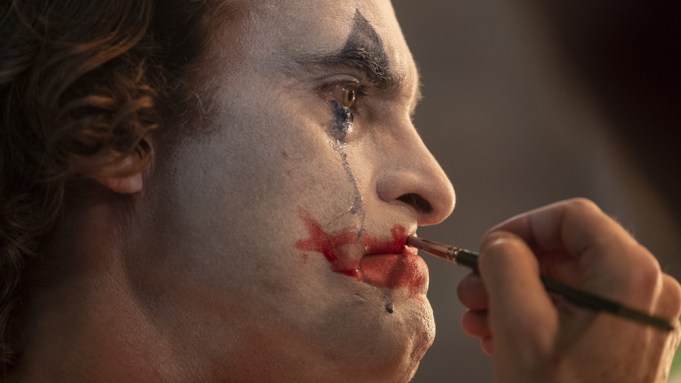 Joaquin Phoenix’s controversial “Joker” has pulled in $5.4 million in early international showings and previews for Warner Bros. and Village Roadshow.

The movie, which won the Golden Lion Award at the Venice Film Festival, has posted its best numbers so far in South Korea, with a $2.3 million opening day. That’s the fourth-best figure for a Warner Bros. debut day in that market. “Joker” took in a 56% share of the top five films.

India generated $900,000 on its launch day. Indonesia pulled in $846,000 on 1,197 screens, representing a 98% share of the top five films and marking the fifth-biggest opening day of all time for Warner Bros. in the market. “Joker” grossed $170,000 in Belgium, which is the best opening day of 2019 for Warner Bros. and its biggest October debut day.

“Joker” opens in 43 more markets on Thursday, including Italy, Russia, Brazil and Australia. On Friday, it launches in another 26 markets, such as Spain, U.K., Japan and Mexico, along with the U.S.

“Joker” is directed by Todd Phillips from a screenplay he wrote with Scott Silver about a failed stand-up comedian who becomes a psychopathic criminal. Robert De Niro, Zazie Beetz, Bill Camp and Marc Maron also star.

Concerns have been raised about the violence-laden film provoking criminal activity, with law enforcement agencies saying they are on increased alert for problems.