John Krasinski to Direct ‘A Quiet Place’ Sequel, Emily Blunt and Co-Stars in Talks to Return 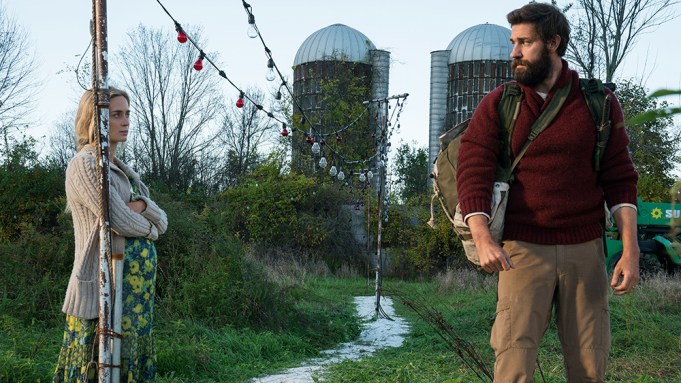 Stars Emily Blunt, Noah Jupe, and Millicent Simmonds are in talks to reprise their characters.

Krasinski revealed the news Friday via an Instagram post that said “…time to go back. #PartII 5-15-20”; the post showed the red lights that became synonymous with the alien threats in the first movie.

“A Quiet Place” grossed $340 million at the global box office last year. Since then, the film has won several awards, including the Screen Actors Guild Award for Blunt in the supporting actress category.

Krasinski also wrote the screenplay with Bryan Woods and Scott Beck, and the trio received a Writers Guild nomination in the original category. “A Quiet Place” is also up for an Academy Award for sound editing for Ethan Van der Ryn and Erik Aadahl.

Paramount announced in August that it had dated the sequel to “A Quiet Place” for May 15, 2020. The sleeper hit has hauled $188 million domestically and $144 million internationally.

Krasinski directed and starred in the story of an isolated family of four that must live in silence while hiding from creatures that hunt by sound. He’s been working on the script for the sequel with Woods and Beck.