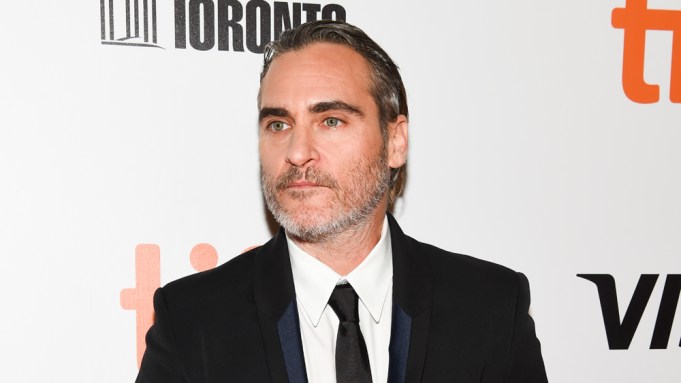 Joaquin Phoenix joined host Jimmy Kimmel on “Jimmy Kimmel Live!” Tuesday night to discuss the actor’s upcoming turn in “Joker,” but Phoenix appeared to get a bit more than he bargained for after Kimmel aired some apparent behind-the-scenes footage from the set of the film.

In the clip, Phoenix can be heard complaining about a cinematographer named Larry for whispering on set and calling him Cher: “The constant whispering, just shut the [ bleep ] up dude. I’m trying to like find something real. [ bleep ] dude. [ bleep ]. Sorry, [ bleep ]. It’s not a big deal. It’s not a big deal. Yeah, it kinda is. [ bleep ]. I know you started the [ bleep ] Cher thing, Larry. [ bleep ] making fun of me. Like I’m a [ bleep ] diva. It’s not even an insult. Cher, really? Singer, actor, dancer, fashion icon — how’s that a [ bleep ] insult? [ bleep ] I can’t do this, man.” It’s unclear if Phoenix’s reaction is real, although it’s likely some form of late night performance art, reminiscent of his 2009 interview with David Letterman — a spoof that was used as part of his lead up to the documentary “I’m Still Here.”

However, Phoenix did appear visibly embarrassed by the clip, telling Kimmel, “Look, sometimes, sometimes movies get intense, because you’re a lot of people in a small space and you’re trying to find something. So you can feel intense, but um, that was supposed to be private” before going on to apologize for his words.

Earlier in the show, Phoenix also shared his family’s reaction to the film after they attended one of its premieres with him. After watching, Phoenix said his sisters engaged in a heated discussion, the most they’ve ever talked about one of his projects — and the only one they’ve seen, he added with laugh.

“The Joker” made headlines recently after it restricted print and broadcast journalists’ access to the film’s red carpet premiere. Additionally, the families of the 2012 Aurora shooting signed a letter to Warner Bros. CEO Ann Sarnoff also expressing concerns about the film’s release. Although the families ultimately refrained from calling for “Joker” to be pulled from release, they did say the movie’s “sympathetic origin story… gave us pause.”

Phoenix was joined on “Jimmy Kimmel Live!” by fellow guests Elizabeth Olsen and Fred Willard and musical act Lukas Nelson & Promise of the Real. Watch the full clip below: