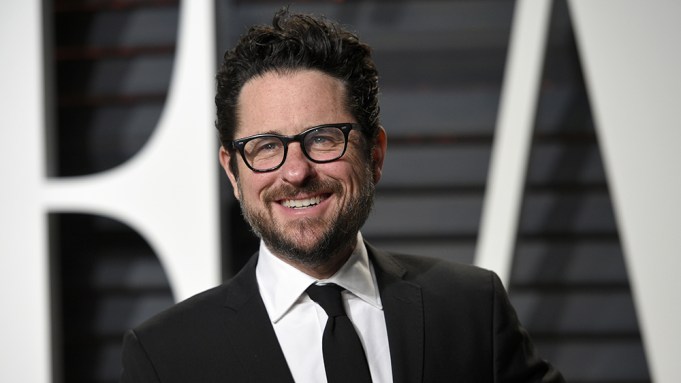 WarnerMedia has formally announced its mega-deal with J.J. Abrams, the “Lost” creator and “Star Wars: The Force Awakens” filmmaker who set off an intense courtship across Hollywood as he searched for a new studio home.

The pact will see Bad Robot, the production company that Abrams runs with his wife and co-CEO, Katie McGrath, make movies, shows, games, and other entertainment content for the company. On Thursday, the companies said that the wide-ranging agreement commences immediately and initially runs through 2024.

Abrams is held in such high regard for his ability to tell compelling stories and create and revive franchises that he drew interest from the likes of Disney, Apple, and Comcast. His team made it clear that any company interested in attracting his services would have to offer the ability to showcase Bad Robot on a broad array of platforms. They also were searching for a record-shattering pact. To that end, the deal has been valued at $500 million and insiders say that it could be worth even more if certain performance-related targets are reached. Financial terms of the deal were not formally disclosed.

The Abrams sweepstakes involved executives at the highest levels of the company. WarnerMedia chief John Stankey flew to London in September of 2018 to begin talks with Abrams, pitching him on the company’s ability to offer him a broad array of homes for his content — from traditional theatrical releases to streaming and video games.

“We are extremely excited about the potential to deliver remarkable and memorable stories and characters across multiple platforms to audiences around the world. J.J., Katie and all of Bad Robot bring extraordinary vision, exquisite filmmaking, and exemplary industry leadership to this endeavor and our company,” Stankey said in a statement. “Across all forms of content, we are uniquely positioned to offer our creative partners a multitude of platforms to realize their artistic goals and ambitions, and to ensure that their stories have the best possible opportunity to connect with the right audience.”

Abrams’ resume includes “water cooler” shows such as “Alias” and “Westworld” and hit movies such as “Cloverfield,” “Star Trek,” and “Super 8.” It’s an impressive array of box office favorites and ratings successes. However, the knock on Abrams, at least from the entertainment conglomerates that didn’t win his services, is that he is better at refurbishing aging franchises such as Star Trek and Star Wars than he is at launching new ones.

The jockeying for Abrams’ services is a sign of how desperate entertainment companies are to lock up top talent. Companies such as WarnerMedia and Disney are preparing to launch streaming challengers increasing the competition for digital players such as Netflix. This has led to a boom time for showrunners and filmmakers, with the likes of “Game of Thrones” creators David Benioff and D.B. Weiss, “Scandal” and “Grey’s Anatomy” creator Shonda Rhimes, and “Pose” and “American Horror Story” creator Ryan Murphy all landing big pacts.

Bad Robot previously had a film deal set up at Paramount, but it had a long relationship with Warners on the television front. The companies worked together for 13 years as part of an exclusive overall pact, that began in 2006. That association has deepened. In 2018, Bad Robot formed a video game development division Bad Robot Games, in association with Tencent and Warner Bros. Interactive Entertainment.

In a statement, Abrams said it was a “thrill” to come to WarnerMedia, adding, “I am grateful for the chance to write, produce and direct work for this incredible company, and to help create films and series with a diverse and vast collection of inspiring storytellers. We can’t wait to get started.”

In the official announcement, WarnerMedia said that Bad Robot will honor existing obligations to Paramount and noted, as if the general public were unaware, that Abrams is directing and producing the release of “The Rise of Skywalker,” which Disney is rolling out.

“We still have a number of great stories to tell together, and for that, I feel exceedingly lucky,” he said.