How Could J.J. Abrams Follow ‘Star Wars’? ‘I’d Love to Direct a Play’ 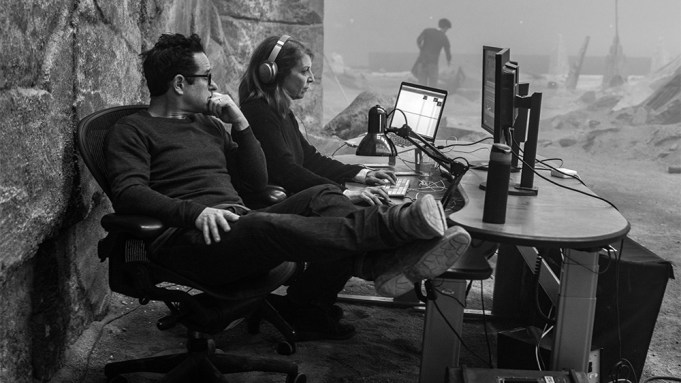 When “Star Wars: The Rise of Skywalker” debuts on Dec. 20, it will, of course, mark the official close to the nine-film Skywalker Saga, one of the most successful franchises in movie history, grossing more than $7.7 billion worldwide to date (not including spinoff films “Rogue One” and “Solo”).

“The Rise of Skywalker” also marks a watershed moment for its co-writer and director, J.J. Abrams, who returns to “Star Wars” after launching the new trilogy with 2015’s “The Force Awakens.” Having taken the reins of two other iconic movie franchises — “Mission: Impossible” and “Star Trek,” both of which he still produces for Paramount — the 53-year-old filmmaker stands to join the Russo Brothers (“Avengers: Infinity War” and “Avengers: Endgame”) and James Cameron (“Titanic” and “Avatar”) as the only directors to have made two films that each grossed more than $2 billion. To date, Abrams’ movies as a director have grossed better than $3.57 billion worldwide.

Mix in Abrams’ recent $500 million deal with WarnerMedia for his production company Bad Robot, and the filmmaker is perched at the tippy top of the Hollywood heap. Much of his plate is now filled with TV projects — including the HBO sci-fi series “Demimonde,” for which Abrams wrote the pilot — but for his next movie, the sky really is the limit.

That is, if Abrams wants to go there. After spending his directing career helming massive tentpoles, perhaps the man who started his career writing human-scale dramas like 1991’s “Regarding Henry” would want to come back down to Earth. Variety asked if he does.

How has the experience of making “The Rise of Skywalker” changed how you see filmmaking?
Well, on the one hand, I feel like there’s no difference doing a big “Star Wars” film than there is doing a dramatic scene in a TV series. It’s all going to be about who the characters are and what they’re wrestling with. But the scope of this movie was so crazy. Having to focus on the emotional intimacy, you know, what’s really moving about the story, and at the same time deal with the logistics, which were pretty vast, that was the thing that gave me a sort of newfound respect for every department and all the work that was done. The number of moving pieces — I get a headache just trying to think about what was done to move these mountains so we could be shooting the sequences that we did.

You’ve directed a “Mission: Impossible” movie, two “Star Treks” and now two “Star Wars” films. I imagine that there are many studio executives who would be thrilled if you kept directing giant franchise movies. Is that something that you want to keep doing?
I have absolutely no strategy for what projects I work on other than what is interesting to me. When I had the years off in between the “Star Wars” films that I directed, I wrote a couple of projects, and they just happened to be series pilots. I didn’t strategically say I’m now going to write two pilots; I just found myself writing these things that happened to be not features at all. But there are a couple ideas that we’re batting around that would be fun to do and not have spaceships in them, which is a thrill.

Steven Spielberg has been a mentor and collaborator of yours, and he’s struck a real balance between making movies with enormous spectacle and scope, and then much more intimate, personal films. Can you see yourself making movies that are more like “Lincoln” or “The Post”?
Well, obviously, Steven is in a class by himself in sort of every way. But I will say [those are] the kinds of stories that I like; “Philadelphia Story” is my favorite movie. That was a play. People talking in rooms is the greatest. In fact, on “Rise of Skywalker,” the thing that I love about this movie — despite being really proud of some sequences that I think are visually pretty interesting — are the moments of characters talking, usually two people in a space, you know, confronting each other, challenging each other, revealing [things] to each other.

I’d love to direct a play. “Jerry Maguire” — its humor and its charm and its emotional resonance is something that interests me as much as anything. To me, the greatest visual effect is Daisy Ridley’s eyes, or what John Boyega or Oscar Isaac or Adam Driver bring. Those are the moments that to me are the most moving.

The film industry is addicted to spectacle, but you’re now in a position where you can make things that aren’t. Is that a priority for you?
I guess that the answer to the question is that it’s not the spectacle that interests me. It’s the bigger purpose; it’s the bigger story. And so if the next story that I end up directing happens to have spectacle, it won’t be because it has spectacle. It will be because it’s part of what the story requires. I would love to do something that is a much more intimate film. I do love visual effects, but that’s not the driving force of any of this. Maybe there’s a story where the visual effects are more invisible. When you look at something like “The Irishman” or “Once Upon a Time in Hollywood,” those are stories where, yes, you could spend time if you want to talking about the de-aging process, or about re-creating late-’60s Westwood. But the fact is, those are stories where the visual effects are beside the point. The movies I’ve been involved with, they’re very much you know, that location can’t possibly exist. That stuff to me is just because of these stories. I’d love to do a film — tell a story — where maybe there are still 1,000 visual effects shots, but no one is really thinking about that.