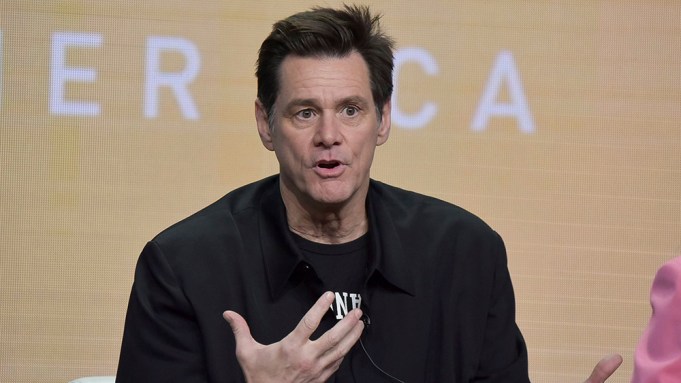 Jim Carrey has finally responded to criticism surrounding his forthcoming “Sonic the Hedgehog” movie, the opening of which was pushed back three months after fans mocked the design of the title character.

“Sometimes you find that the collective consciousness decides it wants something and then when it gets it, it goes, ‘OK, I don’t want it,'” the actor, who plays Sonic’s nemesis Doctor Robotnik, said during Showtime’s Friday TCA session, appearing for his series “Kidding.”

The backlash came after the first trailer for the Paramount adaptation was released, which features the popular Sega video game character Sonic, voiced by Ben Schwartz. Fans swiftly took to social media to criticize the titular character’s design, which included human teeth and enlarged calf muscles that some found jarring.

The backlash led Paramount to delay its release until Feb. 14, 2020. Director Jim Fowler tweeted in March the studio’s plan to redesign the beloved character. “Taking a little more time to make Sonic just right,” he wrote.

However, Carrey noted that he doesn’t know how to feel about the audience having a part in the redesign, acknowledging that “fans [have a] sense of ownership” over the character.” “We’ll have to see what that entails,” he said. However, he went on to say he isn’t very concerned about the backlash and subsequent release push-back. “It’s gonna happen how it happens. It’s either going to be a good thing or a bad thing.”

According to executive producer Tim Miller, the decision to redesign Sonic was an important one. “Look, I was with fans and so was Jeff.  When the s— hit the fan, I went over there and said, ‘The most important thing to do, man, is say, ‘I f—ed up,’” Miller told Variety last month. “He’d already sent a tweet out an hour before I got there.”

Miller went on, “This is a franchise, and it has to be great.”