Jeremy Renner Reveals Why He Wasn’t in ‘Avengers: Infinity War’ 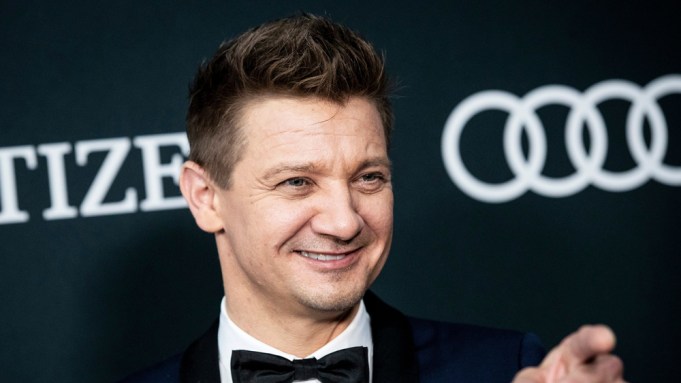 “I think it ultimately had to do with the storytelling of it all,” Renner told Marc Malkin when they sat down for the second episode of “The Big Ticket,” Variety and iHeartMedia’s new film podcast. “You leave it to the Russo brothers to make those decisions.”

And perhaps another compelling reason? “I wanted a vacation,” Renner cracked. “I had stuff to do, man. Take a break.”

Fortunately for fans, Hawkeye is back for “Avengers: Endgame,” the 22nd film in the MCU.

That said, Renner still isn’t exactly used to the fame and visibility that has come with being a part of the “Avengers” franchise.

“You’re on a Cheerios box all of a sudden,” he said. “I remember when I was a kid growing up in the ’70s, a Wheaties box, if you got on that was like, ‘Wow, you’re like a big sports star or something.'”

And then he added with laugh, “I’m on underwear, too.”

Renner also told Malkin that his favorite Hawkeye stunt was in the very first “Avengers” movie: “It’s kind of a big stunt where I jump off, slaying a bunch of bad guys. And then I jump off this building. And then I shoot a grappling hook. Doing that was really fun, because it’s a practical thing. So I get to jump off a two-story ledge onto this mat, because I had to turn my body. A little difficult to turn, pull an arrow and not look like a complete jackass.”

The second “Big Ticket” episode is one of the three-part “Avengers: Endgame” special to celebrate the launch of the new podcast. Also appearing in the episode are Chris Hemsworth and co-directors Joe and Anthony Russo.

You can listen to the complete episode here:

Episode three with Paul Rudd, Don Cheadle and Karen Gillan will be released on Saturday.

Starting on May 2, a new episode of “The Big Ticket” will debut every Thursday on iHeartRadio and wherever your favorite podcasts are found.