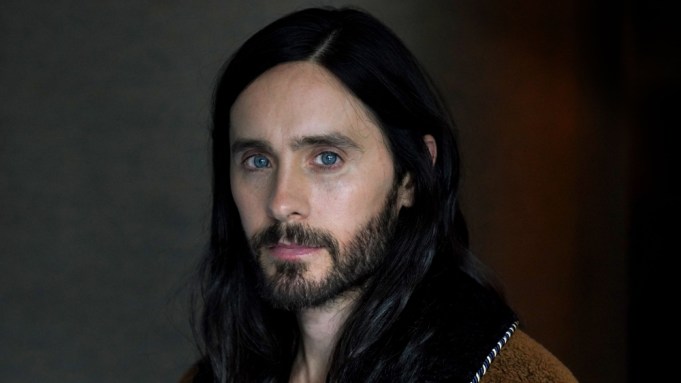 Jared Leto may not be done with playing the Joker. The Oscar winner says he’s open to revisiting the deranged supervillain he played in “Suicide Squad.”

“I would definitely play the Joker again,” Leto says. “It all depends on the script and the circumstances as it always does.”

But maybe he already has. Asked if the rumors are true that he makes an appearance as the Joker in the upcoming Harley Quinn stand-alone movie “Birds of Prey,” Leto said, “I don’t think so. You’d have to ask them.”

Leto says he hasn’t watched the trailer for “Joker,” director Todd Phillips’ upcoming psychological thriller with Joaquin Phoenix in the starring role, but says the more superhero movies, the better. Pointing to “Avengers: Endgame’s” opening weekend, Leto said, “I mean, five or 10 years ago, I don’t know if we thought that there would be people this excited about going to the movies this weekend.”

I sat down with Leto for Variety and iHeart’s new film podcast “The Big Ticket” at the Tribeca Film Festival for the premiere of his new documentary “A Day In the Life of America.”

He jetted to New York City for just one day from London, where he’s shooting “Morbius,” Sony’s upcoming Marvel movie based on the Spider-Man vampire villain of the same name.

Playing the titular character is almost a childhood dream come true for the Oscar winner. “When I was a kid, I remember being at my grandmother’s house in Louisiana and the original OG would come on and just being pretty transfixed as some many of us were when we saw that,” Leto said. “And then the Anne Rice era was big for my brother and I. We passed those books around to each other.”

Also on the top of his cinematic bloodsucker list? Gary Oldman in “Dracula,” Francis Ford Coppola’s “Bram Stroker’s Dracula,” “The Hunger” and the 2009 Korean film “Thirst.”

“The Big Ticket” can be heard at iHeartRadio or wherever your favorite podcasts are found.