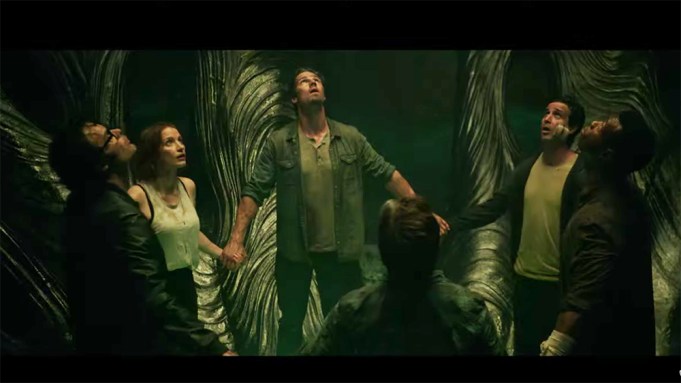 In the second trailer for “It: Chapter Two,” the Losers Club, now adults, return to face the evil force that is Pennywise.

“Something happens to you when you leave this town, the farther away, the hazier it all gets,” says adult Mike in a voiceover. “But me, I never left. I remember all of it.”

The trailer shows the adult Losers Club gathering in Derry and hints at the various otherworldly and horrific events that happen in the book on which both films are based. The trailer also introduces Teach Grant as the adult Henry Bowers, who breaks out of a sanatorium to help Pennywise destroy the Losers Club.

The previous trailer opened with the adult Beverly Marsh returning to her childhood home only to find an elderly woman living there. She invites Marsh into the home, where she stares her down over tea and cookies, before revealing her sinister connection to the series’ deadly clown Pennywise.

“You know what they say about Derry. No one who dies here ever really dies,” the elderly woman foreshadows.