Ina Weisse on ‘The Audition,’ With First Teaser (EXCLUSIVE) 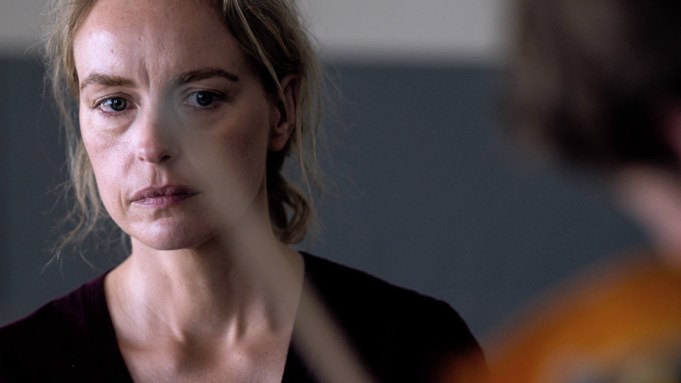 Variety has been given exclusive access to the first teaser for German actor-turned-director Ina Weisse’s second behind-the-camera feature “The Audition,” world premiering at the Toronto  Film Festival Discovery section on Sunday afternoon.

The film stars Germany’s internationally acclaimed Nina Hoss as a highly strung violin teacher still suffering under the yoke of her own overbearing parents even into middle age, and years after her mother has passed. When the gifted teacher gets a new student, full of talent but lacking in technique, it puts a strain on her relationship with her own son, a gifted violin player in his own right, and pushes her need for perfection to abusive levels. Meanwhile, things become further strained at home as a new rival for her romantic attention emerges.

In the teaser, we are introduced to Anna (Hoss) and her student prodigy Alexander, as well as a one of the extreme methods she uses to improve his playing. We also get a small taste of the envy and indignation of her son Jonas, then a result of Anna’s own anxiety-driven shortcomings.

Weisse discussed the themes which drive “The Audition” with Variety ahead of the film’s premiere.

Parents fail their children who then fail as parents. Anna is still in many ways the small child seeking to prove to her mother that she’s merits not being forgotten. That’s one interpretation at least, but could you comment?

It’s also about how violence arises. Children are always the weakest link in a chain. They are the predestined to be victims in our society. Nevertheless, the innocence of children is of course a projection. There is cruelty in them too, it only depends only on the circumstances as to whether it develops. Anna struggles to avoid reproducing certain types of behavior or suffering to which she has been subjected. Nevertheless, she passes on her pressure to her son and to her student, thereby making herself guilty.

There’s a great low-key scene where Anna visits her father and aunt at the family home to find them arguing about whether the cheese they’re eating is too dry. “The Audition” seems to drive hard into the lack of democracy in that basic political unit of the family where Anna may love her husband and son but hardly respects them since they do not measure up by the only metric which for her is important – as musicians. Is that a fair assessment?

Yes, but for me the scene with the bread and cheese illustrates, above all, Anna’s loneliness and the misunderstandings she is exposed to within her family. The speechlessness is covered with empty phrases.

As an actress how did you direct another actress?

The fact that I am also an actress plays a subordinate role for me when directing, and I believe for the others as well. Nevertheless, of course it helps to know certain feelings when trying to bring a scene to a particular point.

There is an Anna that loves her family and want’s them to be happy, yet we also see an Anna that can’t be content in her life because perfection is always just out of reach. How did you view her obsessive ambition?

The dichotomy of our main character is a great driving force that pushes her and her student forward by driving him to peak performance. Her search for the absolute is a great quality.