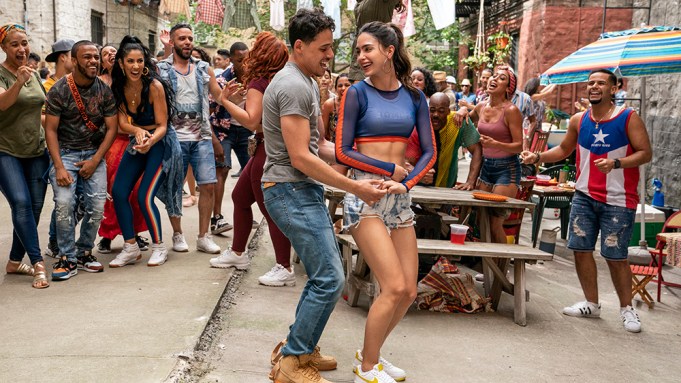 In the first trailer for “In the Heights,” Warner Bros. and Lin-Manuel Miranda are giving a look at a couple of days in the life of what it’s like in Washington Heights.

Anthony Ramos stars as Usnavi, a bodega owner with big dreams. “It’s a story of a block that was disappearing,” Usnavi tells a few young kids in the new footage released Thursday. “In the barrio of Washington Heights, the streets were made of music.”

“In the Heights” is a slice-of-life musical that unfolds over the course of three days and tells the story of a largely Hispanic neighborhood in New York City. Joining Ramos on-screen are Corey Hawkins, Jimmy Smits, Melissa Barrera, Daphne Rubin-Vega, Dascha Polanco and Stephanie Beatriz. Miranda, who originated the role of Usnavi on stage, instead portrays Piraguero, the owner of a small piragua stand whose syrupy, icy treats rival that of Mister Softee.

Jon M. Chu (“Crazy Rich Asians”) directed the big-screen adaptation of Miranda’s hit musical. “In the Heights,” Miranda’s precursor to his sensation “Hamilton,” was a Broadway smash in its own right. During its original run on the Great White Way in 2008, the show was nominated for 13 Tony Awards, ultimately winning four including best musical.

Chu describes “In the Heights” as “a beautiful story about change.” “You can’t change the world if they don’t want to change, but never underestimate the power of planting a seed,” Chu said. “I believe that this movie is an amazingly beautiful seed that can change a lot of minds.”

More from “In the Heights”: