Continue to Variety SKIP AD
You will be redirected back to your article in seconds
Sep 13, 2019 1:35pm PT 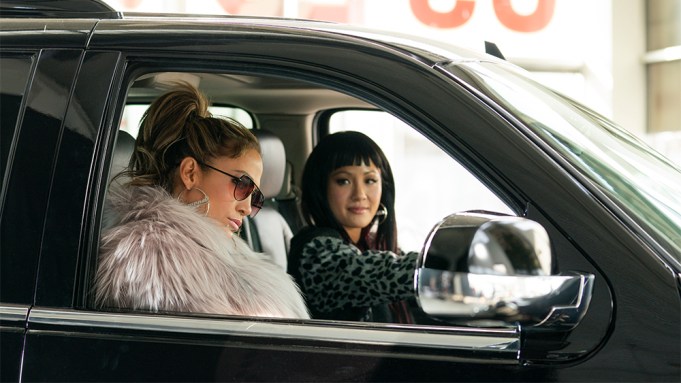 STX’s crime dramedy “Hustlers” is heading for an impressive domestic opening weekend with as much as $28 million for a solid second place behind “It: Chapter Two’s” sophomore session of around $40 million, early estimates showed Friday.

Warner Bros.’ adaptation of mystery drama “The Goldfinch,” however, is showing little traction and heading for a dismal debut of less than $4 million from 2,542 venues.

STX had forecast that “Hustlers” would open with between $20 million and $26 million from 3,250 sites, but rival estimates placed the star-studded title at as high as $29 million. The comedy-drama is likely to become STX’s best performer since Bryan Cranston and Kevin Hart’s “The Upside” became a surprise hit earlier this year. The studio’s other recent releases, including “Best of Enemies,” “Uglydolls,” and “Poms,” have disappointed at the box office.

Based on Jessica Pressler’s New York magazine story “The Hustlers at Scores,” “Hustlers” follows a group of strippers who orchestrate a plan to get back at the affluent Wall Street clients who have wronged them.

Starring Jennifer Lopez, Constance Wu, Lili Reinhart, Keke Palmer, Cardi B and Lizzo, the film premiered on Sept. 7 at the Toronto International Film Festival amid strong reviews and boasts a current Rotten Tomatoes score of 87%. Lorene Scarfia directed the true story, which has a $20 million price tag and is earning Lopez Oscar buzz for her role as ringleader Ramona, from her own script.

Warner Bros.’ “It: Chapter Two” is continuing to lure moviegoers to multiplexes with a decline of 55% from its opening. The horror sequel should wind up the weekend with around $154 million in its first 10 days.

Not faring as well for Warner Bros., however, is “The Goldfinch.” The drama, which is based on the Pulitzer Prize-winning novel by Donna Tartt, had been forecast to take in between $7 million to $12 million on a $40 million budget, but is currently undercutting even those predictions. Ansel Elgort stars as a young man who turns to art forgery after losing his mother in a freak tragedy. “The Goldfinch” holds an unimpressive 26% rating on Rotten Tomatoes.

“The Goldfinch” will be competing for third place with Disney’s ninth outing of “The Lion King,” Lionsgate’s fourth weekend of “Angel Has Fallen” and Universal’s fifth round of “Good Boys.” “The Lion King” will have taken in nearly $535 million in North America by the end of the weekend while “Good Boys” will top $72 million.