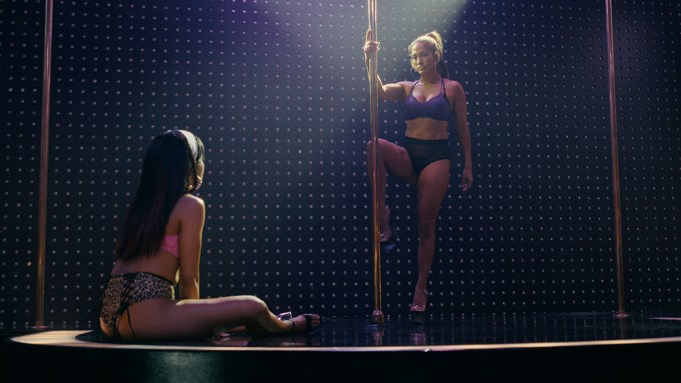 According to Jennifer Lopez, basic pole dancing movements all revolve around a few foot positions. But as she tells her stripper student Constance Wu, it’s not just about the dancing.

In the new trailer for “Hustlers,” Lopez and Wu swindle a number of high profile Wall Street clients in an effort to bring their white collar crimes to justice.

“They stole from everybody. Hard working people lost everything and not one of these douchebags go to jail,” Lopez says. “The game is rigged and it does not award people who play by the rules. It’s like robbing a bank; except you get the keys.”

Lopez and Wu are joined by all-star lineup of fellow strippers, including Julia Stiles, Keke Palmer, Lili Reinhart, Lizzo and Cardi B. The “Bodak Yellow” rapper, who previously worked as a stripper before her music career catapulted, also provides some background music for the trailer with her song “Money.”

“Hustlers” is based on an article titled “The Hustlers at Scores” by Jessica Pressler, which chronicles the real life “modern Robin Hood story” of a ring of strippers who ripped off wealthy clients. “Seeking a Friend for the End of the World” director Lorene Scafaria wrote, directed and co-produced the film.