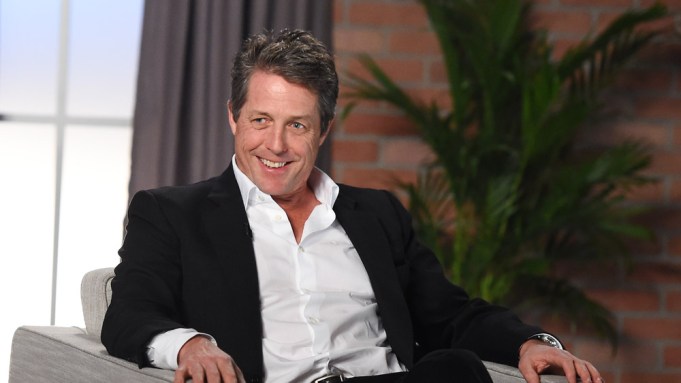 It may be more than 15 years since “Love Actually” was released, but Hugh Grant, Colin Firth, and Richard Curtis have finally opened up about one of the film’s defining moments even as the movie made surprise election-related headlines in the U.K. this week.

Grant, Firth and Curtis all feature in the career retrospective “Hugh Grant: A Life on Screen,” which is part of the BBC’s Christmas programming schedule. In a clip shared exclusively with Variety, Grant describes his famous prime ministerial dance as “absolute hell,” and insists that the sequence was unrehearsed. But director Curtis begs to differ, saying jokingly that Grant had practiced and that, because of the actor’s “dirty behavior in discos across London,” he was “quite good at dancing.”

Co-star Firth said Grant “made a terrible fuss” about the scene, and Grant himself confesses that he dreaded the shoot. “I thought, ‘That’s going to be excruciating, and it has the power to be the most excruciating scene ever committed to celluloid,'” he said. Instead, the sight of Grant strutting his stuff through 10 Downing Street to the Pointer Sisters’ “Jump (For My Love)” became one of the film’s most beloved moments.

And life wound up taking a cue from art this week, with Grant – who recently played disgraced member of Parliament Jeremy Thorpe in the BBC and Amazon miniseries “A Very English Scandal” – becoming embroiled in real-life politics.

Ahead of election day Thursday in Britain, Prime Minister Boris Johnson’s ruling Conservative Party put out a video parodying the scene in “Love Actually” in which Andrew Lincoln’s character knocks at Keira Knightley’s door and silently flashes a series of cards bearing a message for her. In the Conservative Party’s version, Johnson flashes messages related to matters of politics rather than the heart, and specifically addresses Brexit, which Johnson promises to deliver.

Grant took umbrage, noting in a radio interview that the sign in the movie that said “And at Christmas you tell the truth” was absent from the election video. “I just wonder if the spin doctors thought that card wouldn’t look too great in Boris Johnson’s hands,” he said. Johnson is routinely accused by critics of lying.

Grant, an ardent advocate of Britain remaining in the European Union, has urged Brits to vote tactically to stop pro-Brexit Johnson from gaining a majority in Parliament. Grant told the BBC that the country was facing “a national emergency” and “staring into the abyss.”

“Hugh Grant: A Life on Screen” airs Dec. 23 in the U.K. and will be repeated on Dec. 26. The documentary is produced by Whizz Kid Entertainment and BAFTA Productions for BBC Two.