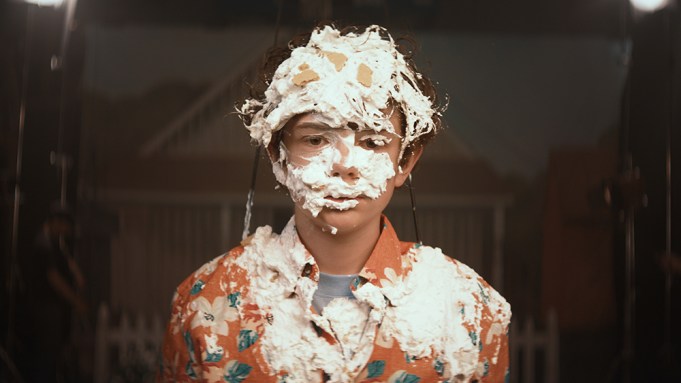 The trailer kicks off in 2005, with Lucas Hedges as a young adult version of LaBeouf being yanked backwards during a stunt for an action film. After several quick shots of Hedges engaging in questionable behavior, he’s arrested and tossed in the back of a police car, visibly inebriated after crashing his own vehicle. He aggressively yells at a cop, saying “You think you’re hot? ‘Cause you don’t know how good I am at what I do.”

The trailer cuts to a young version of LaBeouf, played by Noah Jupe, getting a pep talk from his an overbearing and verbally abusive stage-dad, played by LaBeouf.

“You wouldn’t be here if I didn’t pay you,” Jupe responds.

The cast and crew spoke with Variety at Sundance, where LaBeouf remarked on the film: “It’s strange to fetishize your pain and make a product out of it.”

Watch the trailer for “Honey Boy,” which hits theaters Nov. 8, above.