‘Hocus Pocus’ Sequel in Development at Disney Plus 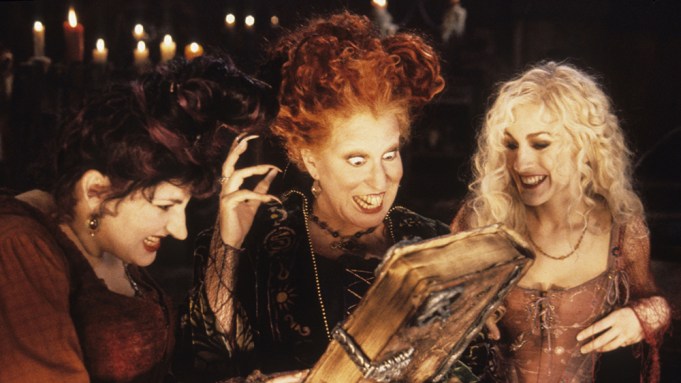 Disney Plus has launched development of a sequel to 1993’s fantasy comedy “Hocus Pocus” with “Workaholics” writer and co-producer Jen D’Angelo on board to script.

The original “Hocus Pocus” starred Bette Midler, Sarah Jessica Parker, and Kathy Najimy as a trio of witch sisters who have been cursed since 1693 in Salem, Ma. The witches are are inadvertently resurrected 300 years later by a boy whose family has moved from Los Angeles to Salem.

However, as the witches try to acclimate to the 20th Century, they discover — to their horror — that Halloween has become a holiday. Midler, Parker and Najimy are not attached to the sequel but Disney is hopeful that they may become involved.

Kenny Ortega directed the original from a script by Mick Garris and Neil Cuthbert, based on a story by Garris and David Kirschner. Omri Katz played the young male lead, and his sister was portrayed by Thora Birch. Vinessa Shaw, and Doug Jones also starred.

D’Angelo’s credits include serving as a writer-producer on the Fox sitcom “LA to Vegas” and the CBS sitcom “Happy Together. She was also an associate producer on last year’s action-comedy “Game Over, Man!” on Netflix. She’s represented by UTA, Artists First and Ginsburg Daniels Kallis. The news was first reported by Collider.