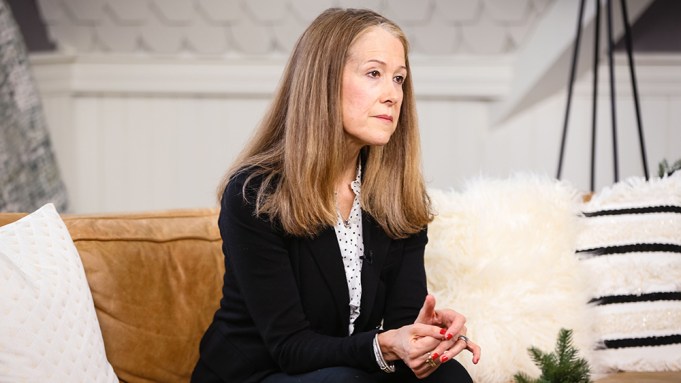 Even after new allegations surfaced earlier this week against Bryan Singer — who has repeatedly denied all accusations throughout the years — news broke that the director would keep his job helming the upcoming film “Red Sonja,” despite swift backlash from the reports of sexual misconduct.

Singer called the accusations, first published in the Atlantic, “a homophobic smear piece.” The bombshell report hit the day after Singer’s film “Bohemian Rhapsody” was nominated for five Academy Awards, including best picture.

For the past two decades, Singer has dodged disturbing rumors and lawsuits, all while producing blockbuster hits. Like Singer, Harvey Weinstein continuously denied all allegations of sexual misconduct throughout his career, and continues to do so, even after his alleged behavior of rape and assault against numerous women galvanized the #MeToo movement and ousted him from Hollywood.

Weinstein’s story will unfold on screen in “Untouchable,” a new documentary debuting at the Sundance Film Festival from filmmaker Ursula Macfarlane.

“People have the right to be innocent until they’re proven guilty, but I think it’s very strange to continue working in an industry where the weight of accusations is so strong,” Macfarlane said when asked about Singer at Variety‘s Sundance Studio, presented by AT&T. “I think that should give you pause to step aside for a while. Process will have to take place, but it feels quite brazen to be out there.”

“I can’t speculate on the case because I’ve only just started reading about it, but I think what that tells me, actually, in a way, our optimism is a little bit misplaced at the moment because you’d sort of think that people would clamp down on that straight away and just say, ‘We have to draw a line here,’ but they’re not,” Macfarlane said, begging the question: “So have things really changed since Harvey Weinstein was ousted?”

The filmmaker added that Singer’s story proves that the sexual harassment narrative should not solely be focused on women, but rather, on anyone who has been harassed.

“The other thing I want to say about that story is that we realize that, as with Kevin Spacey, it’s not just about young women. It’s about young men, as well,” Macfarlane said. “So, it’s about young, vulnerable people who want something in the industry and powerful people who are abusing that trust. It’s not just a conversation about women. Women, perhaps, may have been abused more than men, but it is something that we’re all involved in, so I think it’s important that men are part of that conversation, as well.”

Singer does not appear to have suffered repercussions in Hollywood from the accusations over the years (although, “Bohemian Rhapsody” lost its GLAAD nomination earlier this week as a result of the new accusations in the Atlantic), which draws a parallel to Weinstein getting away with his alleged behavior for years. Weinstein finally saw consequences for the alleged behavior when he became the subject of now-infamous reports in the New York Times and the New Yorker in late 2017.

Macfarlane says the entertainment industry is complicit in allowing behavior like this to continue.

“We reached out to many [agents] and they didn’t want to take part, and perhaps that says a lot,” Macfarlane said, explaining that she contacted numerous agents who declined to be interviewed for her documentary. (A report last year detailed a major Hollywood agency’s complicit nature in helping Weinstein meet with young women.)

“There are a lot of people in the industry who probably feel they have a lot to lose, so that’s why I do want to say I’m very grateful for the industry people who did take part in the film. I think that was a real act of courage — a different act of courage to the women, but nevertheless, they possibly have a lot to lose, and they were very candid about they’re own failings to step up,” Macfarlane said. “But I think there are layers of complicity, and I do believe that most people didn’t know the extent of it — but I think some people did.”

“The industry should be looking at itself very long and hard,” she said.