Guillermo Del Toro to Immigrants in America: ‘Do Not Believe the Lies They Tell About Us’ 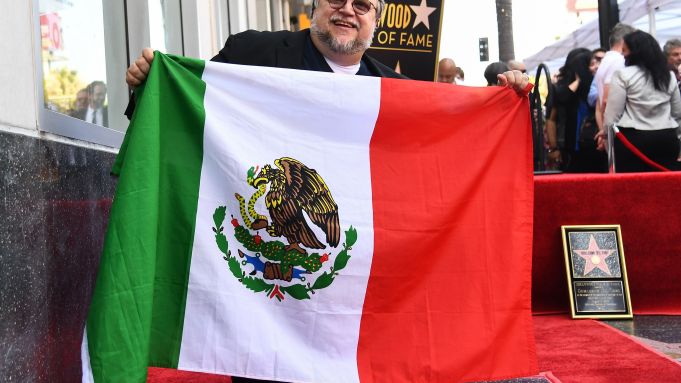 Academy Award winner Guillermo del Toro shared his proud heritage and acknowledged the state of the U.S. and its crack down on immigration in his speech accepting his star on the Hollywood Walk of Fame. While sharing important facts about his personality, he told the crowd another important facet of his life saying, “I’m a Mexican and I am an immigrant.”

The “Blade II” director specializing in fantasy is a native of Guadalajara, Mexico. After creating his first film”Cronos,” which went on to earn nine Ariel awards, del Toro went on to fill his robust portfolio with movies such as “The Devil’s Backbone,” “Pan’s Labyrinth,” “The Shape of Water” and a list of others.

The director used his time on the famous sidewalk to call attention to American politics. “Right now, we are in a moment of great fear,” del Toro said. “Great fear and great division because that’s why fear is used. It’s used to divide us. It’s used to tell us that we’re all different, that we shouldn’t trust each other. These lies make us easier to control and make it easier to hate each other. But, the antidote to that is to come together, to realize that those divisions are complete fantasies.”

The rhetoric focusing on immigration has been a hot topic recently as Immigration and Customs Enforcement has proceeded with the higher number of raids and arrests. News of unsafe detention camps at the border showing men, women, and children sleeping in harsh conditions and without necessary hygiene products has continued to come out over the past couple months. On Aug. 5, President Trump suggested adding background checks to immigration reform laws, following the recent mass shootings in El Paso, Texas and Dayton, Ohio.

….this legislation with desperately needed immigration reform. We must have something good, if not GREAT, come out of these two tragic events!

“As a Mexican, receiving this star is a gesture and no gesture right now can be banal or simple. This is very important this is happening right now because I can tell to all of you, all immigrants from every nation, that you should believe in the possibilities and not the obstacles. Do not believe the lies they tell about us. Believe in the stories you have inside and believe that we all can make a difference and we all have stories to tell and we all can contribute to the art and the craft and the world in any way we see fit,” del Toro said in closing.

Watch the full speech above.