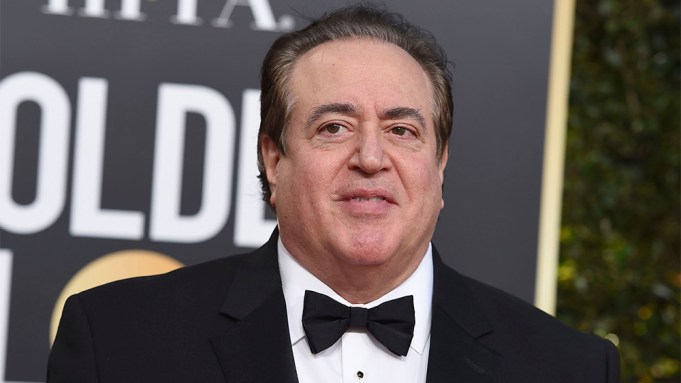 “Green Book” screenwriter Nick Vallelonga has deleted his Twitter account after a tweet espousing a debunked conservative narrative that American Muslims could be seen cheering after 9/11 was recirculated Wednesday.

“@realDonaldTrump 100% correct,” the Nov. 2015 tweet read. “Muslims in Jersey City cheering when towers went down. I saw it, as you did, possibly on local CBS news.”

At a November rally, Trump had said, “Hey, I watched when the World Trade Center came tumbling down. And I watched in Jersey City, New Jersey, where thousands and thousands of people were cheering as that building was coming down. Thousands of people were cheering.” ABC’s George Stephanopoulos challenged Trump on the claim, but the then-presidential candidate insisted that he saw Muslims celebrating with his own eyes.

“Green Book” star Mahershala Ali is Muslim, a fact many pointed out on Twitter.

Reminder that Mahershala Ali is Muslim and deserves so much better than this shit.

Vallelonga’s representatives did not immediately respond to Variety‘s request for comment.

The surfacing of the tweet is the latest in a string of controversies faced by “Green Book.” Vallelonga’s script is based on the experiences of his father, Tony Lip (Viggo Mortensen), driving concert pianist Dr. Don Shirley (Mahershala Ali) through the Deep South for a tour. Shirley’s family spoke out against the film, disputing its depiction of the events of the tour and stating they had not been contacted during production or conception. Director Peter Farrelly, Mortensen, and Vallelonga have vigorously defended the film and suggested there may have been tension between Dr. Shirley and his relatives.

At the National Board of Review gala Tuesday night, Vallelonga said that Shirley specifically asked him not to talk to anyone else about the plotline, and asserted that Shirley had approved the events he had included in the screenplay.

Mortensen also came under scrutiny in November of last year after using the n-word during a Hollywood Q&A. He later apologized.

On Wednesday, Farrelly issued an apology after reports that he repeatedly flashed his penis as a joke during the ’90s resurfaced.

“True. I was an idiot,” he told The Cut in a statement. “I did this decades ago and I thought I was being funny and the truth is I’m embarrassed and it makes me cringe now. I’m deeply sorry.”

“Green Book” has continued to pick up accolades, including three Golden Globes on Sunday for best screenplay, best motion picture – musical or comedy, and best performance by a supporting actor in a motion picture for Ali. It’s received four BAFTA nominations, two SAG awards noms, a DGA nom for Farrelly, and numerous other laurels.