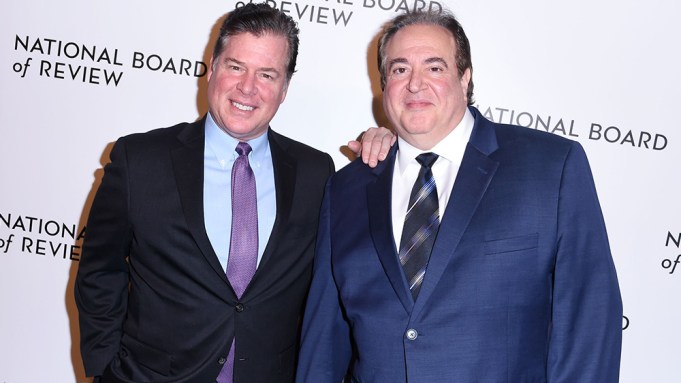 As “Green Book” picks up accolades on the way to Oscars nominations, controversy continues to swirl around its veracity as a depiction of real-life concert pianist Dr. Don Shirley after his family asserted they were not consulted for the film, calling it a “symphony of lies.”

Co-writer Nick Vallelonga, who based the story on his father’s experience driving Shirley through the Deep South for a tour, spoke to Variety at the National Board of Review gala on Tuesday evening in New York City about the dispute.

Vallelonga — whose father, Tony Lip, is played by Viggo Mortensen in “Green Book” — revealed that Dr. Shirley, before his death, told him not to speak to anyone else while writing the story.

“It’s unfortunate to me because I don’t want to hurt the Shirley family in any way,” Vallelonga said Tuesday night.

“They were together a year and a half and they did remain friends,” Vallelonga continued. “There’s a lot of information [the Shirley family] doesn’t have, and they were hurt that I didn’t speak to them. But to be quite honest with you, Don Shirley himself told me not to speak to anyone. And he only wanted certain parts of his life. He only allowed me to tell what happened on the trip. Since [the family] were not on the trip — this is right out of his mouth — he said, ‘No one else was there but your father and I. We’ve told you.’ And he approved what I put in and didn’t put in. So obviously, to say I didn’t contact them, that was hard for me because I didn’t want to betray what I promised him [Dr. Shirley].”

Vallelonga added, “Plus, the older brother said he’s never seen it. I think if he does, we put every effort into making his character amazing from when we wrote it, when Pete [Farrelly] directed it and Mahershala [Ali]’s brilliant portrayal. And I think if they really took a look at it, the film is about people coming together, it’s about love. I cared so much about how he comes across so I think it’s more of a misunderstanding.”

Co-writer, Brian Hayes Currie, added, “It’s only supposed to be a two-month window. It’s not the biography of Don Shirley.”

The controversy began bubbling after the Shirley family claimed that the movie’s portrayal was a “symphony of lies.” Since, both Farrelly and Mortensen have spoken out supporting the film, and posited that there may be some resentment from the family about their ties with Shirley.

On Tuesday night at the National Board of Review gala, Farrelly also spoke to Variety, once again defending his film.

“I wish that they were happier,” Farrelly said of the Shirley family. “I’m sorry it went that way, but the truth is we followed protocol in that we looked for Don Shirley’s heirs and unfortunately, that’s not the family — it’s his friends, and that’s who we talks to and got all the rights from. It felt, honestly, weird if we were not trusting Don Shirley’s judgement in going to other people. We went to the people who were closest to him at the time of his death and they gave us all the information we needed. That said, I wish that the family was happier. I hate this kind of thing. We’ve tried to open our arms to them, but they’re just not having it and I’m sorry about that.”

Watch the full interview with Nick Vallelonga above.