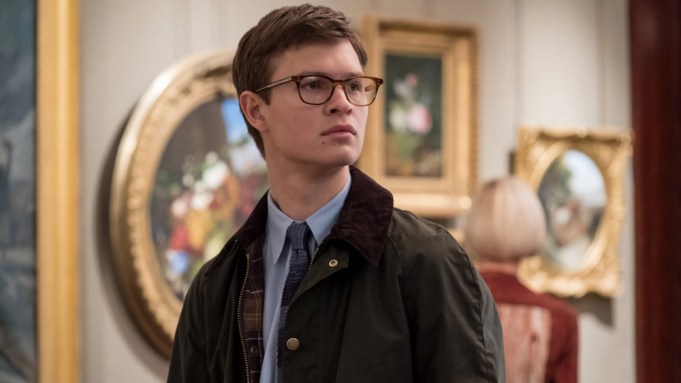 Ansel Elgort and Nicole Kidman help bring Donna Tartt’s Pulitzer Prize-winning novel “The Goldfinch” to life in the first trailer for the film, released on Wednesday.

Elgort stars as Theo Decker, whose life is changed forever when his mother dies in a terrorist bombing at an art museum. With nowhere to go, he’s taken in by Mrs. Barbour (Kidman), a kind and wealthy woman who comforts him in his grief. He also befriends Boris, played by “Stranger Things” star Finn Wolfhard, the rich son of a Ukrainian immigrant who later reappears in Theo’s life.

The trailer flashes forward to Theo as a young adult at several points, where he struggles with drug addiction and is still haunted by the memory of his mother and the painting of a goldfinch he saw in the museum before the bombing.

“In Amsterdam, I dreamt I saw my mother again. Same beautiful, pale blue eyes. When I lost her, I lost sight of any landmark that might’ve led me someplace happier,” he says in the trailer.

Jeffrey Wright also stars as Hobie, a man who recognizes Theo from the museum and comes back into his life when he’s older. Hobie is the legal guardian of Pippa (Ashleigh Cummings), a redhead who catches Theo’s eye in the museum and later reconnects with him. Sarah Paulson, Luke Wilson, Denis O’Hare and Aneurin Barnard round out the cast.

“The Goldfinch” is John Crowley’s latest film after 2015’s “Brooklyn,” and he enlisted Oscar-winning cinematographer Roger Deakins for the drama. The striking visuals in the trailer are certainly reminiscent of Deakins’ previous work, which includes “Blade Runner 2049,” “The Shawshank Redemption” and “No Country for Old Men.”