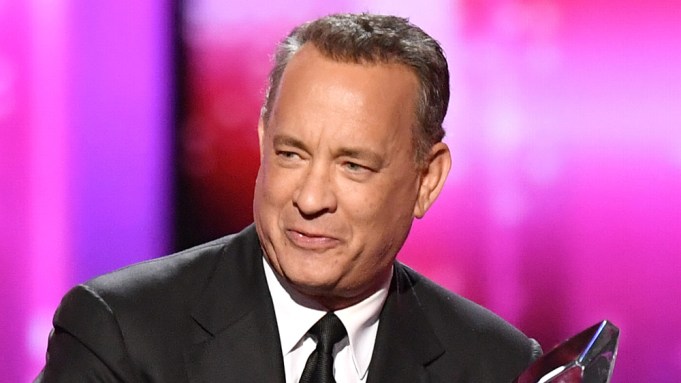 It’s a beautiful day to be Tom Hanks.

The Hollywood Foreign Press announced Tuesday that the celebrated actor will receive the Cecil B. deMille Award at the 77th annual Golden Globes in January.

“The Hollywood Foreign Press Association is proud to bestow the 2020 Cecil B. deMille Award to Tom Hanks,” HFPA president Lorenzo Soria said in statement. “For more than three decades, he’s captivated audiences with rich and playful characters that we’ve grown to love and admire. As compelling as he is on the silver screen, he’s equally so behind the camera as a writer, producer and director. We’re honored to include Mr. Hanks with such luminaries as Oprah Winfrey, George Clooney, Meryl Streep, Martin Scorsese, and Barbra Streisand to name a few.”

The award, chosen by the HFPA board of directors, recognizes an individual who has made a lasting impact on the film industry.

Hanks, a fifteen-time Globes nominee, will be seen next in Sony’s feel-good drama “A Beautiful Day in the Neighborhood,” and his heartwarming performance as Mister Rogers is already generating Oscar buzz.

Hanks won his first Academy Award in 1994 for his work as a lawyer with AIDS in “Philadelphia.” He took home a second Oscar the following year for his iconic performance in “Forrest Gump.”

The Golden Globes will air live coast-to-coast from the Beverly Hilton on Jan. 5, 2020.