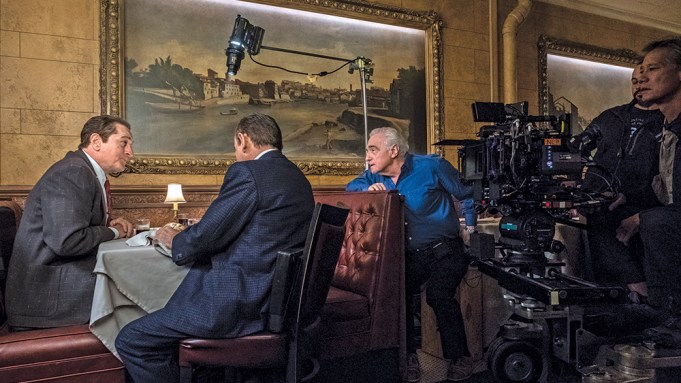 In a year distinguished by a record number of hit movies directed by women, from “Hustlers” to “The Farewell,” the Golden Globes once again nominated five men in the best directing category.

No women were recognized among the nominees in the category. The list includes Martin Scorsese (“The Irishman”), Quentin Tarantino (“Once Upon a Time in Hollywood”), Bong Joon-ho (“Parasite”), Sam Mendes (“1917”) and Todd Phillips (“Joker”). See the full list of nominees here.

The omission of female directors is glaring, but perhaps not a shock. In the 77-year-history of the Golden Globes only five women have been recognized for directing and only one has won — Barbra Streisand, in 1984, for making “Yentl.” Streisand was nominated again as director in 1992 for “The Prince of Tides.”

In recent years, the statistics for the number of movies directed by female film directors continued to remain low, despite advocacy efforts by organizations such as Women in Film. But the situation has started to improve in 2019.

“Frozen 2,” which is dominating the box office with more than $300 million in domestic receipts, was co-directed by Jennifer Lee. Lorene Scafaria’s “Hustlers” crossed $100 million, as the biggest hit of Jennifer Lopez’s career. And there were plenty more indie offerings from breakout female story tellers such as Lulu Wang (“The Farewell”), Alma Har’el (“Honey Boy”) and Melina Matsoukas (“Queen & Slim”).

Har’el tweeted, “Good morning to everyone that’s writing me about the #goldenglobes I feel you but know this. I was on the inside for the first time this year. These are not our people and they do not represent us. Do not look for justice in the awards system. We are building a new world.”

The Globes are voted on by about 100 members of the Hollywood Foreign Press Association, and they are known for influencing the Oscar race as the first big televised awards show of the year.

Some pundits had thought the most likely female directing nominee would have been Greta Gerwig, whose big-screen adaptation of “Little Women” landed several nominations, including best actress for Saoirse Ronan.

Two years ago, Gerwig became the fifth woman at the Oscars ever nominated for best directing for “Lady Bird.” But she was snubbed by the Globes. That led presenter Natalie Portman to make note of the “all male nominees” in the category she was introducing, a pointed dig that went viral.