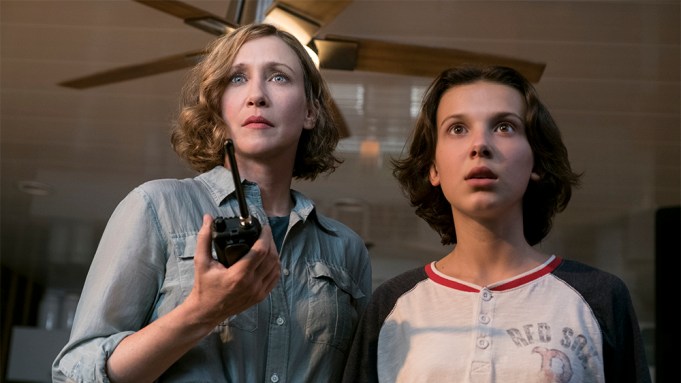 “Godzilla: King of the Monsters” stomped to an $18 million opening day on Friday in China, leading the market by a wide margin.

Legendary East reported that previews brought in another $3.8 million for “Godzilla: King of the Monsters.” The opening day results topped “Rampage” by 32% and 2014’s “Godzilla” by 92%, and more than doubled the figures for “Pacific Rim” and “San Andreas.” China was the best international market for “Godzilla,” with an opening weekend of $36 million and a territorial total of $77.6 million.

Warner Bros. also reported that the movie has grossed another $12.7 million from approximately 16,500 screens in 51 markets in its first two days on Wednesday and Thursday. The studio opens an additional 24 territories on Friday, including China through partner Legendary East and Japan through Toho.

“Godzilla: King of the Monsters” took in $6.3 million during Thursday night previews in North America. It’s a sequel to 2014’s “Godzilla,” the 35th feature about the titular beast and the third installment in Legendary’s MonsterVerse.

Directed by Michael Dougherty, “Godzilla: King of the Monsters” centers on the eponymous monster who faces off against ancient mythic creatures that are wreaking havoc on Earth. The film stars Millie Bobby Brown, Vera Farmiga, Kyle Chandler and Bradley Whitford.