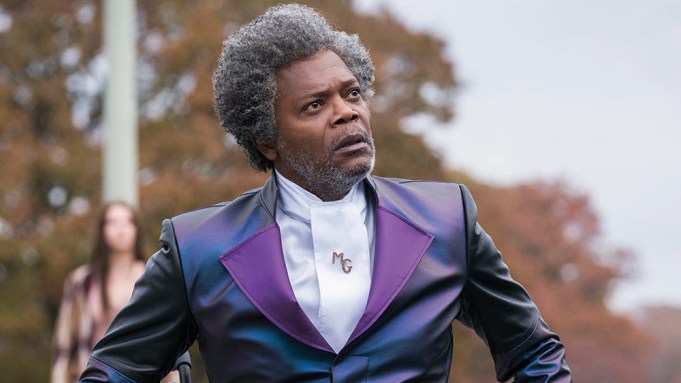 As this weekend’s lone wide release, “Glass” looks to be the de facto choice for moviegoers during the Martin Luther King Jr. holiday. Now the only question is: how big of an opening can “Glass” pull off?

Mediocre reviews don’t seem to be holding back anticipation for the sequel to both “Unbreakable” and “Split” as “Glass” is expected to make between $60 million and $75 million during its first four days of release. Universal, the studio releasing the film in North America, is more modestly suggesting a $50 million to $55 million debut from over 3,700 theaters. Even so, that would still be a lot of coinage for a movie that only cost $20 million to produce. Shyamalan took the unusual step of self-financing “Glass,” which means more riches for M. Night if “Glass” becomes a hit. Since Disney originally released “Unbreakable” in 2000, Buena Vista International is handling the overseas rollout for “Glass.”

“Glass” might not be establishing any new records, but its haul should rank among the best starts for a movie over the MLK weekend. Clint Eastwood’s “American Sniper” holds the title as having the best launch for both the month of January and the Martin Luther King Jr. holiday with $107 million in 2015. “Glass” could, however, surpass “Ride Along” as the second-best bow during the four-day weekend. Kevin Hart and Ice Cube’s buddy comedy pocketed $48 million during the same frame in 2014.

Shyamalan wrote and directed “Glass,” a followup that combines the narratives from “Unbreakable” and “Split.” James McAvoy is reprising his role (or rather, his 24 roles) from 2016’s “Split,” which debuted with $40 million and became a surprise success with a box office bounty over $278 million worldwide. “Glass” doesn’t have critical acclaim of “Split,” but it does have some allies that might be able to help stir up enthusiasm. Bruce Willis’ David Dunn and Samuel L. Jackson’s Elijah Price from Shyamalan’s cult hit “Unbreakable” are joining McAvoy’s Kevin Wendell Crumb in the conclusion of Eastrail 177 trilogy.

“Glass” has virtually free rein over the box office this weekend since other studios sat out this holiday. That means moviegoers who aren’t looking for a good scare have slim pickings. Without much direct competition, last weekend’s box office champ, STX Entertainment and Lantern Entertainment’s “The Upside,” could add another $15 million over the four days. The feel-good drama starring Kevin Hart and Bryan Cranston scored a unexpected victory last weekend with its $20 million debut.

“The Upside’s” biggest rival for second place will likely be Warner Bros.’ “Aquaman,” the DC superhero adventure starring Jason Momoa and directed by James Wan. The Atlantean blockbuster just joined the billion-dollar club, and this weekend will take “Aquaman” past $300 million in North America.

January is a traditionally slow month at multiplexes, but after two straight weekends of year-on-year declines, “Glass” should be just the boost the box office needs.