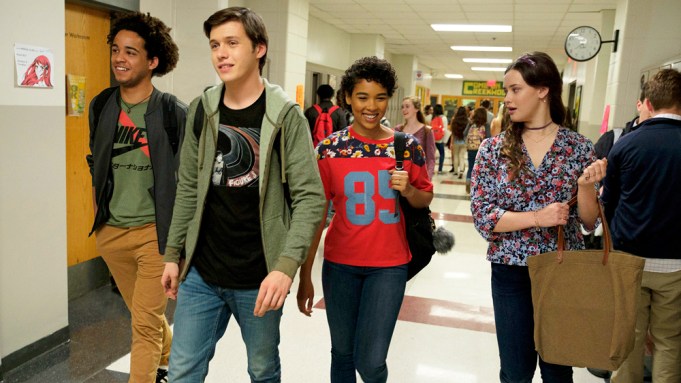 Not one mainstream Hollywood film released in 2018 included a trans character, a Thursday report from GLAAD media said.

“In the year that saw the groundbreaking television series ‘Pose’ put a multitude of trans stories front and center and trans creators behind the scenes, ‘Supergirl’ introduced America to TV’s first trans superhero, and ‘A Fantastic Woman’ took home an Oscar; there were still no transgender characters in any major studio film,” the report said.

The feature film establishment should not squander “an incredible opportunity for entertainment media to be a leader in this space by sharing and uplifting the stories of trans people,” said the report.

Despite that major omission, the SRI found overall LGBTQ representation on-screen jumped to a high from its all-time low in 2017. Of the 110 major studio film released, 18.2% were found inclusive of the community. That marks a 5.4% jump from the prior year’s 12.8%.

“Outstanding stories with nuanced LGBTQ characters at the center like GLAAD Media Award nominees ‘Love, Simon,’ ‘The Girl in the Spider’s Web’ and ‘Blockers’ should serve as examples for studios. These protagonists have agency and development of their own stories; none of them serves as a punchline or a prop for another character’s growth. But it also matters who is being included in stories,” wrote GLAAD president Sarah Kate Ellis in an introductory note.

Individual studios are rated on a star system. Two failed, Walt Disney and Lionsgate, in 2018 for having zero films with LGBTQ characters. Warner Bros. was marked “insufficient” with five out of 23 inclusive films, and Paramount the same for counting two out 10 releases. For the first time in the report’s history, Universal Pictures clocked a four-star “Good” rating for films like “Blockers,” “Mamma Mia! Here We Go Again” and the thriller “Truth or Dare.” 20th Century Fox, in its ranked year as a standalone studio, also earned four stars for titles like “Deadpool 2,” “Bohemian Rhapsody,” and “Love, Simon.”

It’s important to note that studio specialty labels like Lionsgate’s Roadside Attractions, Universal’s Focus Features and the now-Disney-owned Fox Searchlight are not included in the mainstream studio tally. Many of those imprints make top-tier queer content, like the Sony Pictures Classics film “A Fantastic Woman,” which won the best foreign language Oscar.

Speaking of specialty labels, the report looked warily at the present media landscape — one rife with consolidation.

“The future of several of the previously announced upcoming Fox films is now unclear following the Disney acquisition of Fox and the subsequent shuttering of production label Fox 2000, which was responsible for ‘Love, Simon’ and several other progressive projects,” wrote Ellis in her opener.  “It is worth noting that one high profile announced film from Fox 2000 is ‘The Editor,’ a novel adaptation set to be directed by Greg Berlanti, about a gay author whose editor is Jackie O. It is not yet known what will happen with the slate of Fox 2000 films, but GLAAD hopes that Disney will move forward with this film or that another studio can pick it up.”

“The fight for equality in our multiplexes is going to get more difficult, not easier,” said the prolific producer, of Disney’s decision to shutter Fox 2000 entirely after acquiring it earlier this year.