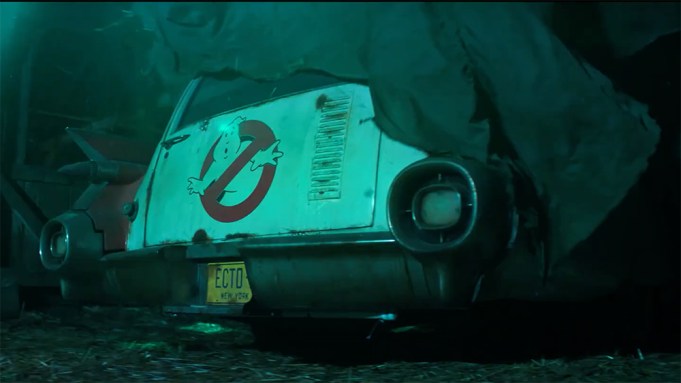 If there’s something strange in your neighborhood, it’s time to watch a teaser for Jason Reitman’s “Ghostbusters” forthcoming film.

Sony Pictures released a first look at the upcoming movie, a sequel to the 1984 classic. The footage shows a glimpse of the memorable station wagon Ecto-1. The studio announced on Tuesday that the wheels are officially in motion for another “Ghostbusters” installment.

The short clip is set on a cloudy night where the Ecto-1 with the iconic Ghostbusters logo sits in a rundown shed. It ends with promise that the movie will be in theaters in the summer of 2020.

Jason Reitman co-wrote the screenplay with Gil Kenan for the sequel. He plans to shoot the film this summer. Variety reported Tuesday that story details are still being kept under wraps, but sources say Reitman has begun testing teenagers for four mystery roles.

The franchise is a priority for the studio, despite the disappointment over its 2016 reboot of “Ghostbusters,” starring Melissa McCarthy and directed by Paul Feig. This installment will not be connected to the 2016 movie. Jason Reitman came on over the past couple of months, with the studio using the fake title “Rust City” to keep the news under wraps until plans were ready to be unveiled.